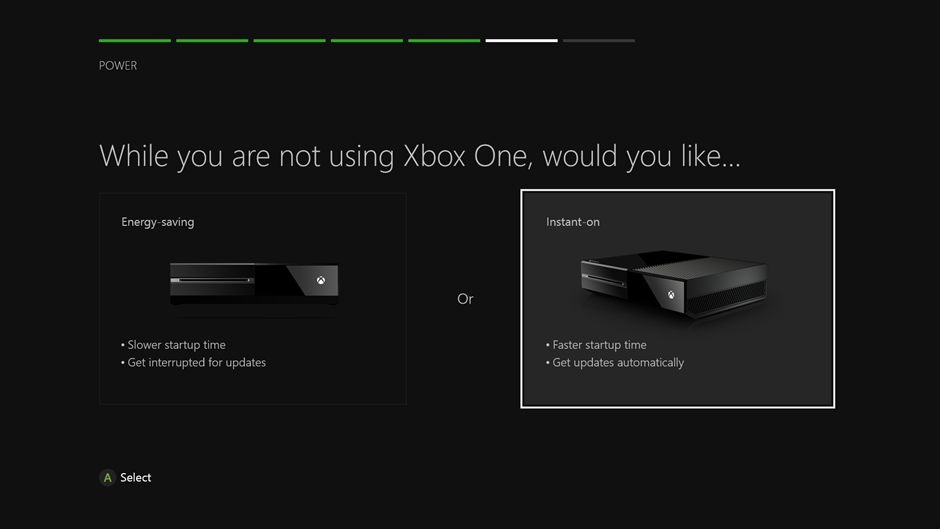 Not long ago, the Natural Resources Defense Council raised a stink about Microsoft’s failure to inform Xbox One owners about how much energy their consoles were consuming while the “Instant-on” mode was enabled. According to the council’s research, this standby mode was adding a collective $250 million to Xbox One owners’ energy bills every year.

PREVIOUSLY: The Xbox One might be costing us millions of dollars a year – here are the details

The biggest problem is that the Instant-on mode is selected by default when U.S. consumers first turn on their Xbox Ones, but that’s finally going to change later this year. Here’s what Microsoft had to say on the Xbox Wire on Friday:

“As we continue to evolve the Xbox One experience, we are bringing this power choice front and center. In the coming months, new Xbox One owners around the world will be prompted with this choice in the initial console set-up process. Current Xbox One owners can easily make changes to their power consumption choices now in Settingsunder Power & start up.

We hope current and new Xbox fans will take the time to learn about the differences between Instant-on and Energy-saving settings so that they are empowered to make the choice that best fits their gaming and entertainment lifestyle.”

It’s nice to see that Microsoft is paying close attention to the concerns of its community. This might sound like a minor issue, especially since it was probably only costing you a few dollars a year, but there’s nothing wrong with giving Xbox One owners more choice in how they interact with their consoles.