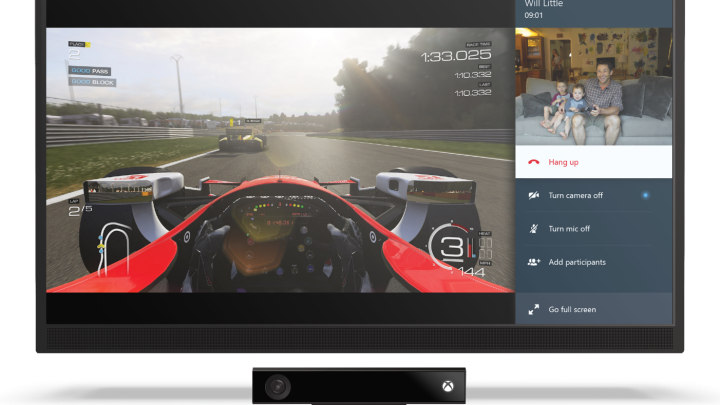 Now you have another reason to choose the Xbox One over the PlayStation 4. Microsoft announced this week that its Skype Xbox One app now has full Snap support, which means that you’ll be able to make voice and video calls while you’re watching a movie or playing a game. This adds a terrific new social aspect to the Xbox One because it means you’ll be able to watch movies or play games with your friends while interacting with them face to face.

As you can see from the screenshot posted above, the game you’re playing or the movie you’re watching still takes up the bulk of the screen space on your TV while the Skype window appears on the right-hand side. Microsoft says that “once you are in a voice or video call, you can control the call within Snap, whether you want to add another friend to the call, turn the camera off or hang up, all without leaving your other activity.”

The best part about all this is that starting in June, Microsoft won’t make you have an Xbox Live Gold subscription to use Skype, Netflix or Hulu, meaning if you’re not an online gamer you’ll still be able to watch your favorite shows and movies while still chatting with your friends on Skype the whole time.