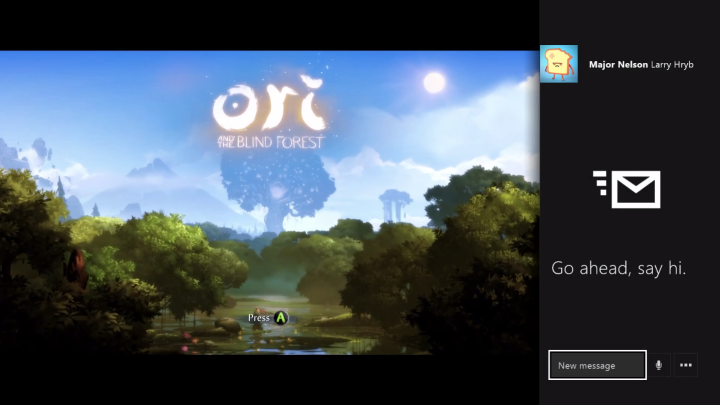 April is going to be a busy month for Xbox One owners. Not only is Microsoft delivering a double dose of free games, but there are a few frequently requested features coming to the console as well.

DON’T MISS: Here are the free games you’ll get on Xbox One and Xbox 360 in April

On the Xbox Wire, Microsoft revealed that members of the Xbox One preview program would begin receiving additional features scheduled to be included in the next system update on Thursday evening.

The most anticipated addition is the ability to send voice messages to other users. This was one of many features that didn’t make the transition from the Xbox 360 to the Xbox One at launch, but starting next month, you’ll have a new way to communicate with your friends and teammates. Plus, Xbox One owners will be able to send voice messages to Xbox 360 owners, and vice versa.

Microsoft is also continuing to improve upon its party chat system by adding dedicated chat relay servers. If you’re one of the many users who have had NAT issues when trying to connect to party chat, this should alleviate your problems.

Finally, the What’s On feature is still being perfected, offering more personalized “Staff Picks” for users based on the games they’ve been playing.

There’s still no release date, but these system updates typically roll out within the first half of the month. Take a look at the update in action below: