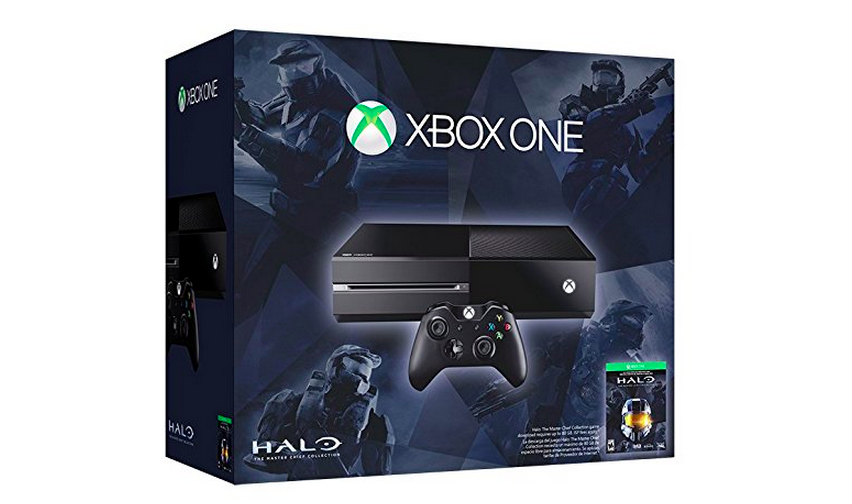 It’s only been a few days since we discovered a 1TB PS4 model is in the works, and now it looks like Microsoft is joining in on the fun as well. On Friday afternoon, a listing appeared on Amazon for an Xbox One with a 1TB hard drive and a new controller, presumably spoiling one of Microsoft’s E3 2015 announcements.

“There’s only one place to play the best exclusives and biggest blockbusters this year, like Halo 5: Guardians, Rise of the Tomb Raider, and Forza Motorsport 6,” reads the product description. “Now includes a 1TB hard drive for storing games and media, a controller with a 3.5mm headset jack, and Halo: The Master Chief Collection, the definitive Halo experience on Xbox One.”

Providing this isn’t a limited time bundle (which seems unlikely with the name “Microsoft Xbox One Console”), it looks like the next Xbox One package will include more storage, a better controller and The Master Chief Collection by default. After beating Sony in May, Microsoft is going to do everything it can to stay on top.

According to Amazon, the new 1TB Xbox One model will be available on June 15th, the same day as Microsoft’s E3 press conference. Try to act surprised when Microsoft unveils the new model (unless the Xbox team decides to cut this leak off at the pass and make the announcement in the next few days).