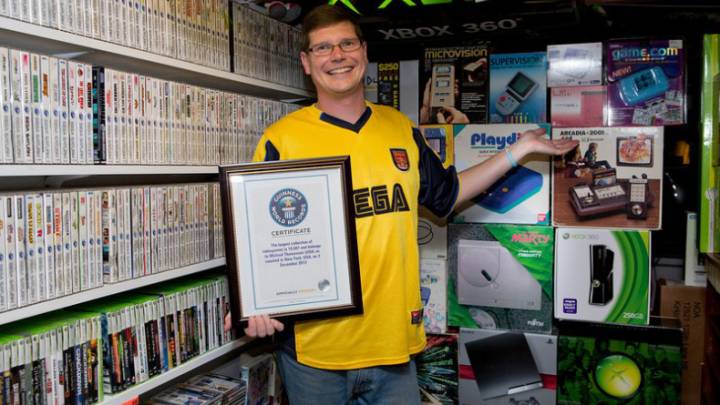 Maybe obsessively collecting every video game known to man has its rewards after all. Engadget brings us word that avid gamer Michael Thomasson has sold his collection of more than 11,000 games and 100 different consoles on gaming auction site GameGavel for $750,250, which is a pretty astonishing sum given that there’s no way whoever is paying that much money for his collection will ever play the vast majority of those games.

The 41-year-old Thomasson says that he decided to sell his games due to “family commitments,” although he says that he’s not done gaming in general and will keep buying games in the future. When we first got word of the collection’s auction last week, the highest bid for it was just over $90,000, so it seems like bidding has gotten extremely competitive over the past few days.

Regardless, getting over three-quarters of a million dollars for a bunch of video games is a pretty sweet haul that we’re sure Thomasson isn’t complaining about.