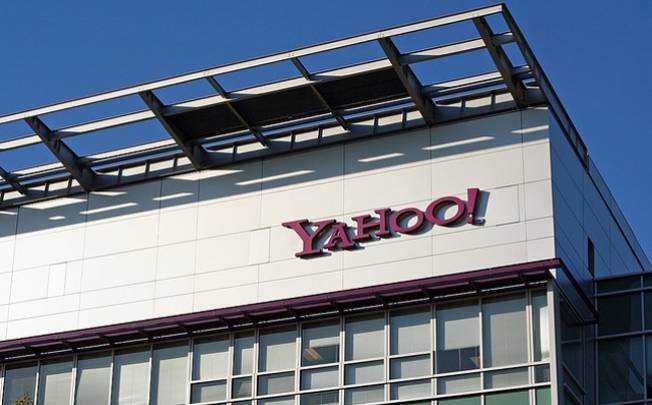 After a number of newspapers and blogs wrote about Yahoo’s now-confirmed $1.1 billion acquisition of popular blogging platform Tumblr, users were angry. The world has no idea what Yahoo has in store for Tumblr, of course, but the Internet giant’s reputation has many users worried. So much so, in fact, that some have already begun to defect. According to WordPress CEO Matt Mullenweg, Tumblr users are switching to WordPress in droves. In a recent blog post, Mullenweg says WordPress typically imports between 400 and 600 Tumblr posts per hour, but during a one-hour period on Sunday as news of the imminent deal spread, that figure climbed to 72,000. Yahoo confirmed the $1.1 billion deal on Monday, and it is expected to announce further details during a press conference in New York on Monday evening. Yahoo’s full press release announcing the acquisition follows below.

Yahoo! Inc. and Tumblr announced today that they have reached a definitive agreement for Yahoo! to acquire Tumblr.

Per the agreement and our promise not to screw it up, Tumblr will be independently operated as a separate business. David Karp will remain CEO. The product, service and brand will continue to be defined and developed separately with the same Tumblr irreverence, wit, and commitment to empower creators.

With more than 300 million monthly unique visitors and 120,000 signups every day, Tumblr is one of the fastest-growing media networks in the world. Tumblr sees 900 posts per second (!) and 24 billion minutes spent on site each month. On mobile, more than half of Tumblr’s users are using the mobile app and do an average of 7 sessions per day. Its tremendous popularity and engagement among creators, curators and audiences of all ages brings a significant new community of users to the Yahoo! network. The combination of Tumblr+Yahoo! is expected to grow Yahoo!’s audience by 50 percent to more than a billion monthly visitors, and to grow traffic by approximately 20 percent.

The deal offers unique opportunities for both companies. Tumblr can deploy Yahoo!’s personalization technology and search infrastructure to help its users discover creators, bloggers, and content they’ll love. In turn, Tumblr brings 50 billion blog posts (and 75 million more arriving each day) to Yahoo!’s media network and search experiences. The two companies will also work together to create advertising opportunities that are seamless and enhance the user experience.

Total consideration is approximately $1.1 billion, substantially all of which is payable in cash.

“Tumblr is redefining creative expression online,” said Yahoo! CEO Marissa Mayer. “On many levels, Tumblr and Yahoo! couldn’t be more different, but, at the same time, they couldn’t be more complementary. Yahoo is the Internet’s original media network. Tumblr is the Internet’s fastest-growing media frenzy. Both companies are homes for brands – established and emerging. And, fundamentally, Tumblr and Yahoo! are both all about users, design, and finding surprise and inspiration amidst the everyday.”

“I’ve long held the view that in all things art and design, you can feel the spirit and demeanor of the creator. That’s why it was no surprise to me that David Karp is one of the nicest, most empathetic people I’ve ever met. He’s also one of the most perceptive, capable entrepreneurs I’ve ever worked with,” continued Mayer. “David’s respect for Tumblr’s community of creators is awesome. I’m absolutely delighted to have him join our team.”

David Karp, CEO of Tumblr, addressed the Tumblr community, “Our team isn’t changing. Our roadmap isn’t changing. And our mission – to empower creators to make their best work and get it in front of the audience they deserve – certainly isn’t changing. But we’re elated to have the support of Yahoo! and their team who share our dream to make the Internet the ultimate creative canvas. Tumblr gets better faster with more resources to draw from.”

The transaction, which is subject to customary closing conditions, is expected to close in the second half of the year.