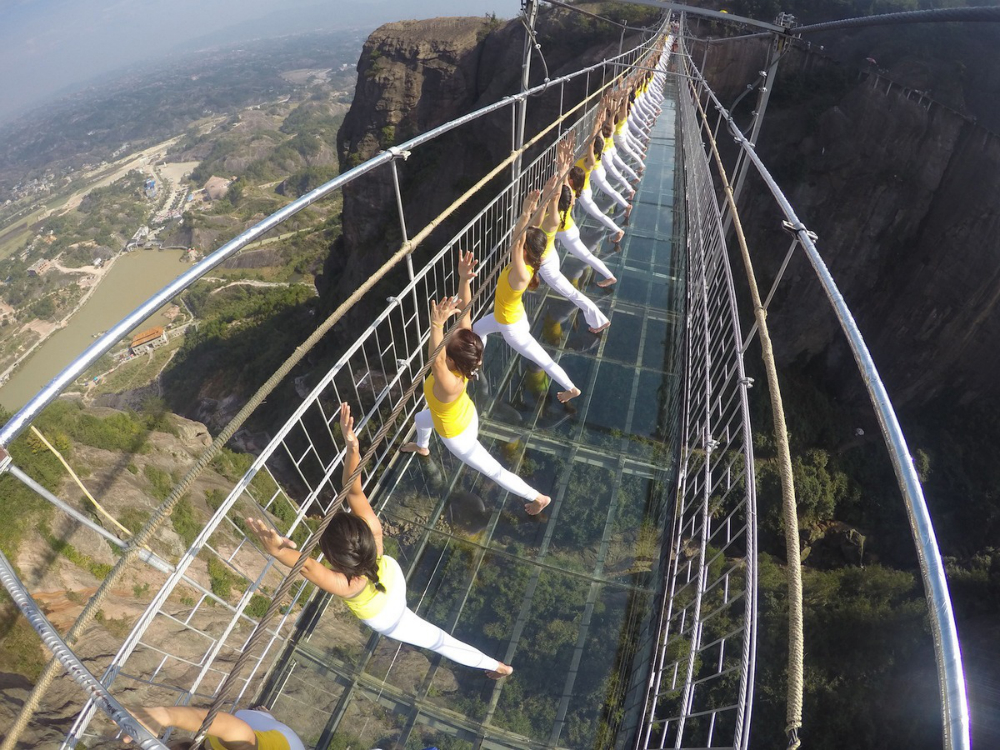 Remember that scary glass bridge that opened to the public in late September in China? Well, there’s a new terrifying stunt involving no less than 100 women doing yoga at the same time on the 900-foot long bridge hanging at 600 feet between two mountains.

This is a likely a marketing stunt, Mashable reports, even though local media described it as a gathering of yoga enthusiasts. However, considering the 100 women all wear the same yoga outfits, this seems to be a planned action that’s designed to go viral while simultaneously promoting safety and security.

Not too long after this bridge opened to the public (in the Shiniuzhai park in Pinjiang County), a second glass bridge from the Yuntai Mountain Geological Park in China sustained its first significant structural damage when a tourist dropped a stainless steel mug on the walkway.

Still, this terrifying yoga stunt is impressive – check out the images below: