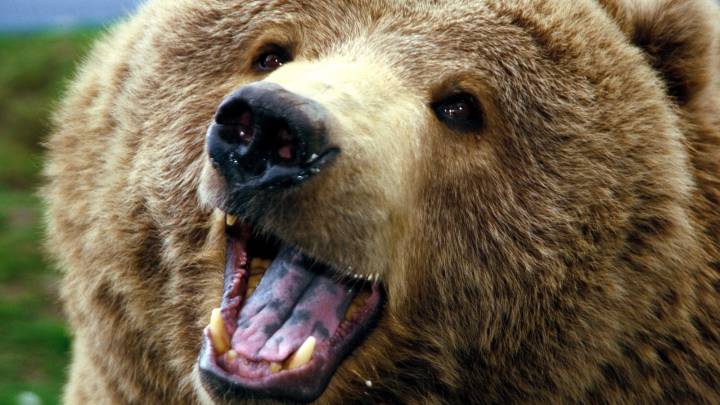 If a bear wants to eat your kayak, do you really think yelling at it hysterically will make it stop? It is, after all, a bear. Unless you’re armed with a rifle of some sort, it’s basically holding all the cards. During a recent kayak trip, YouTuber Mary Maley encountered a bear who was sniffing around her kayak. The bear started to approach her and she hit it with pepper spray right in its face. The bear then proceeded to exact revenge on her by eating parts of her kayak.

MORE VIRAL VIDEOS: We can’t stop watching this slow-motion video of a tennis racket slicing through Jello at 2500fps

She responded to this by yelling at the bear in an increasingly shrill tone.

“Bear! Bear! Stop that, bear!” she howls. “Gosh darn it, why are you doing that?… It’s not even food, it doesn’t even taste good! It’s just plastic!”

There is a happy ending to the story, however.

“Shortly after the bear left and I drug (sic) the kayak back to the cabin door step,” Maley writes on her YouTube page. “Then I swam to the S/V anchored in the bay. They did not have their radio on and I feared I would be stranded! The German flagged S/v Caledonia took me and my things to Wrangell where I am trying to repair my kayak now.”