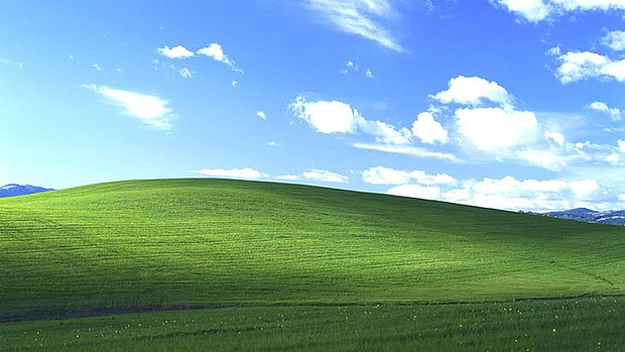 Lush green hills under a cobalt blue sky with precisely the right amount of fluffy clouds floating about. Who hasn’t been lost in reverie staring at the default Windows XP wallpaper, dreaming of Middle Earth or maybe a weekend in Cork County? Yet that shot of a bucolic paradise has turned into a very personal nightmare for Charles O’Lear, the man who captured the iconic photo and sold it to Microsoft.

O’Lear took a one-time payment for the photo rather than trying to negotiate a license fee. Even a tiny fee per Windows XP license would have yielded him a hefty payday over the years.

Surprisingly enough, the photograph was actually taken on the side of a highway in Sonoma, California, rather than Ireland or New Zealand. According to a somewhat hazy estimate by The Sydney Morning Herald, a billion people have viewed the scene since Microsoft bought it.

Of course, when Microsoft originally licensed an operating system to IBM all those decades ago, the computer giant wanted to buy the platform for a one-time fee. Crafty Bill Gates insisted on a licensing fee structure. It is unlikely Microsoft would have made the mistake of agreeing to a licensing deal with a random photographer when it could have simply gone on asking other people to agree to a one-off payday until it found a willing seller.

But missing out on royalty stream from a product that is viewed by hundreds of millions of people is as good a reason for seething anger as any.