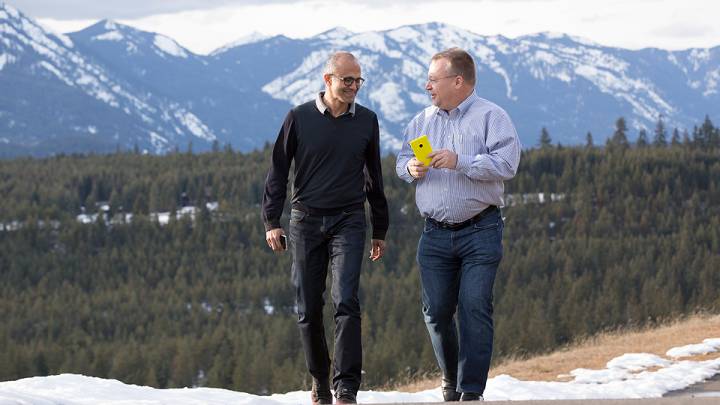 It’s impossible to argue that Windows Phone has been anything close to a success at this point but that doesn’t mean Microsoft should give up on it. In fact, unless Microsoft wants to get out of the software platform game all together, it has to establish at least some foothold in the mobile market. So what’s a tech giant to do? Jan Dawson has written a very smart column over at Techpinions that includes a three-step plan that could help Microsoft actually get people to care about Windows Phone.

RELATED: One of Microsoft’s only mobile partners gives up, says nobody can make money with Windows Phone

First, Dawson notes that it’s been well over a year since we’ve seen anything close to a flagship Windows Phone. The Lumia 1020 and the Lumia 1520 were both released in 2013 and this year has been filled with either cheap Windows devices or retreads of flagship Android phones like the HTC One (M8) for Windows. To fix this, Microsoft needs to release a flagship piece of hardware akin to its Surface Pro series to really show what the platform can do at its best.

Second, Dawson says Microsoft must explain how Windows Phone is different from iOS and Android. This is a point we’ve made in the past — although Windows Phone is a good mobile platform, we also can’t think of one reason you should buy into it. Even BlackBerry, despite its huge struggles, has come up with an effective way to differentiate its devices from those offered by Apple and Samsung.

And finally, Dawson says Microsoft needs to bridge the “app gap” with iOS and Android although history has shown that this is much easier said than done.

Dawson’s full piece is well argued and it might even give Windows Phone fans hope that their favorite platform may have a future. Check it out at the source link below.