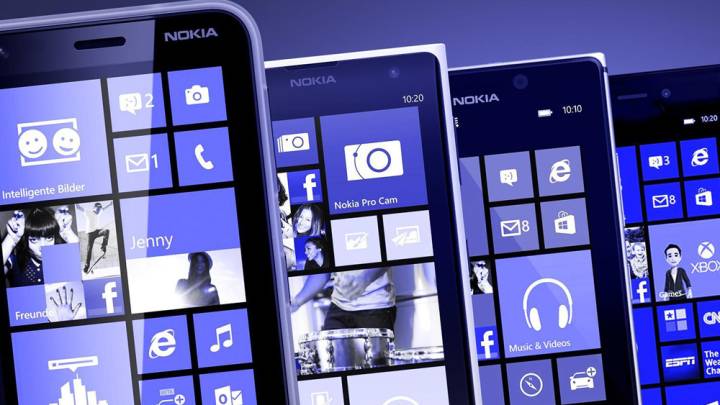 It’s almost tragic how Microsoft, with a multi-year head start in the mobile phone market, was completely blindsided by the iPhone. Indeed, it’s somewhat easy to forget that Microsoft, going as far back as 2000, was already putting incarnations of Windows Mobile on PDAs and smartphones.

Even more mind-boggling is that Microsoft CEO Steve Ballmer, even after Apple showed the world where the smartphone market was headed, naively laughed off the notion that the iPhone might pose a strategic threat.

By the time Microsoft got its act together a few years later, it was too little too late. When Windows Phone was introduced in late 2010, the smartphone market had already become a two-horse race, with Apple’s iOS and Google’s Android leading the charge. Despite a slow and steady stream of improvements to the Windows Phone OS over the years, consumers collectively yawned, and sometimes laughed, at Microsoft’s noble, but ultimately fruitless, efforts to take away meaningful market share from iOS and Android.

Despite Microsoft’s vast resources, they simply couldn’t compete in a mobile oriented market that had quickly pegged them as irrelevant. Indeed, even as Windows Phone launched, many were quick to proclaim that the initiative was doomed from the start.

Echoing this viewpoint with some insight ‘from the inside’, former Microsoft engineer Balaji Viswanathan took to Quora last week where he detailed how Microsoft, in going up against both Apple and Google, simply had no chance.

Viswanathan articulates that because Apple and Google were laser focused on mobile, Microsoft, simply by virtue of its Windows and Office monopolies, was unable to make mobile the priority it needed to be.

Microsoft on one end was trying to take on Apple on its #1 product. Apple put most of its energy on iPhone, while phone was just among the 40 things Microsoft did. For a long time, phone division didn’t even come into the top 5 priorities for Microsoft [with a lion’s share of attention going to Windows, Office, Online Services and Servers – for obvious reasons]. This was not wrong, but that is the reality.

On the other end, Microsoft was trying to compete with Android – with the power of Google, Samsung and the whole open source community behind it. Even if Google were selling Android as a proprietary software without other partners, Microsoft would have found it very hard as Google had its powerful range of services [search, maps, mail] to back it up while Microsoft’s comparative services significantly lag those of Google’s.

It’s an extremely astute observation. Sure, it’s easy to rag on Microsoft for missing the boat, but its important to remember that by the time the folks in Redmond saw the light, they were effectively fighting an uphill battle that, in hindsight, was unwinnable from the very beginning. Of course, compounding matters was that it was tough to convince handset makers to pay licensing fees for Windows Phone when Google was practically giving away Android for free. Whereas Google was able to subsidize Android development because it extended the company’s search and advertising business into the burgeoning mobile market, that business calculus simply didn’t make sense for Microsoft.

It’s no secret that companies invest and re-invest in their cash cows. For Google, it’s search, and by extension, mobile. For Apple, it’s hardware. Microsoft, meanwhile, famously grew rich on the back of Windows and Office revenue, creating an environment where the company simply couldn’t move fast enough to latch onto the smartphone market as it morphed from a niche to a mainstream market.

Google, on the other hand, quickly appreciated the impact the iPhone was going to have on the market. There’s a well-known anecdote which colorfully illustrates how Google engineers, after witnessing Steve Jobs’ iPhone unveiling, immediately knew that they would have to scrap their current incarnation of Android and start from scratch.

The following story comes from Fred Vogelstein’s 2013 book Dogfight: How Apple and Google Went to War and Started a Revolution.

Chris DeSalvo’s reaction to the iPhone was immediate and visceral. “As a consumer I was blown away. I wanted one immediately. But as a Google engineer, I thought ‘We’re going to have to start over.'”

“What we had suddenly looked just so . . . nineties,” DeSalvo said. “It’s just one of those things that are obvious when you see it.”

Also interesting was how immediately Google’s Android chief at the time, Andy Rubin, reacted to the iPhone unveiling.

On the day Jobs announced the iPhone, the director of the Android team, Andy Rubin, was six hundred miles away in Las Vegas [at CES]… Rubin was so astonished by what Jobs was unveiling that, on his way to a meeting, he had his driver pull over so that he could finish watching the webcast.

“Holy crap,” he said to one of his colleagues in the car. “I guess we’re not going to ship that phone.”

If Microsoft engineers and executives had experienced that same type of urgency, the smartphone market today might very well look a lot different than it does today.