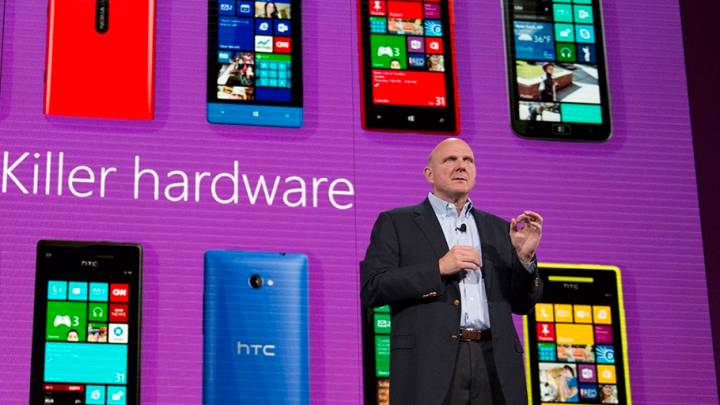 Is Microsoft getting ready to wave the white flag when it comes to getting developers to build apps for its own mobile platform? The Verge’s Tom Warren reports that Microsoft “is seriously considering allowing Android apps to run on both Windows and Windows Phone,” which would represent a major defeat of the company’s efforts to push more developers to make Windows Phone apps. In doing this, Microsoft would seemingly be following in the steps of BlackBerry, which has made it much easier for BlackBerry users to download Android apps onto their devices.

“While planning is ongoing and it’s still early, we’re told that some inside Microsoft favor the idea of simply enabling Android apps inside its Windows and Windows Phone Stores, while others believe it could lead to the death of the Windows platform altogether,” Warren writes. “The mixed (and strong) feelings internally highlight that Microsoft will need to be careful with any radical move.”

It’s easy to see why this proposal would be so controversial within Microsoft. Unlike BlackBerry, which was clearly outgunned by Apple and Google, Microsoft has the resources to pay off developers to bring their apps to Windows Phone. What’s more, Microsoft has recently had some success in doing so and has made some big strides toward closing its app gap with rival platforms.

If Microsoft were to throw in the towel and allow Android apps on Windows Phone then it raises the question of why anyone should bother buying a Windows Phone in the first place. After all, while opening up the platform to Android apps would certainly expand its app selection, these apps would still be optimized for Android and not Microsoft’s own mobile OS. If Microsoft is going to give up on getting native apps for its platform then it might as well go all the way and scrap Windows Phone in favor of a forked version of Android that prominently showcases Microsoft services and apps.