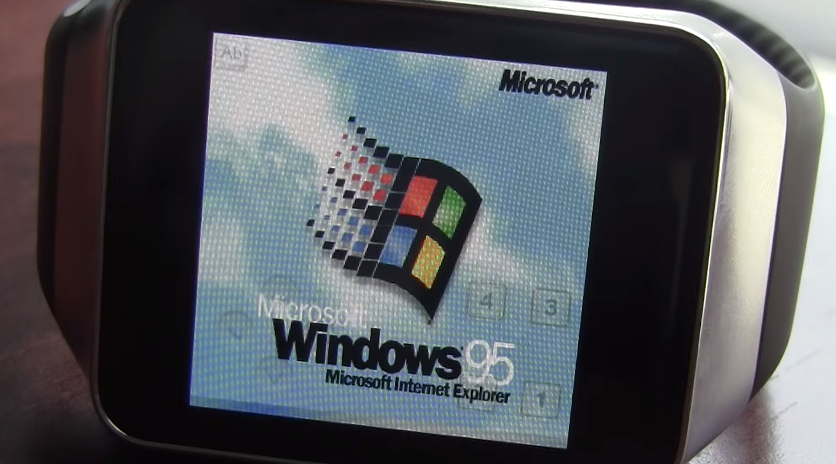 Any time a new device hits the market, it’s always fascinating to see how tech-savvy developers, designers and hobbyists will tinker with it to push it to its limits. Web developer Corbin Davenport has received some attention over the last week for getting both Minecraft Pocket Edition and the original PC FPS Doom to run on Android Wear, but those were just warm-ups for the most impressive feat of all — running Windows 95 on a Samsung Gear Live.

Unsurprisingly, it’s not a flawless implementation, but using the aDosBox application from the Google Play store, Davenport manages to put a Windows desktop on his smartwatch. aDosBox is one of the more basic emulators on Google Play, but Davenport notes that faster emulators don’t seem to work on Android Wear. That’s why everything is running so slowly on the Gear Live.

If you are considering following this descent into madness, keep in mind that Davenport hasn’t actually been able to open any applications from the desktop view. Windows 95 runs out of RAM almost instantaneously and aDosBox doesn’t allow users to add any additional RAM.

It might not be a very useful modification, but it’s impressive to see what can be done with Google’s open source software. Don’t expect to be running Windows 95 on your Apple Watch next year.

Watch the full video of Windows 95 running on Android Wear below: