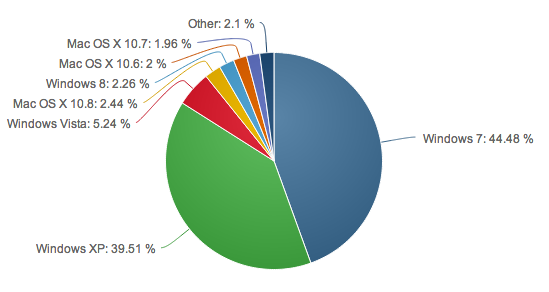 The adoption rate of Windows 8 increased by more than 30% in January, according to the latest monthly numbers from analytics firm Net Applications. Microsoft’s (MSFT) latest operating system accounted for 2.26% of the market, compared to 1.72% in December and 1.09% in November. Despite the small increase, a majority of users continue to ignore Windows 8 and prefer older Windows versions.  The Windows 7 operating system is still found on nearly half, or 44.48%, of all computers, while the more than 10 year old Windows XP operating system has a market share of 39.5% and the widely panned Windows Vista continues to be used by 5.24% of users.