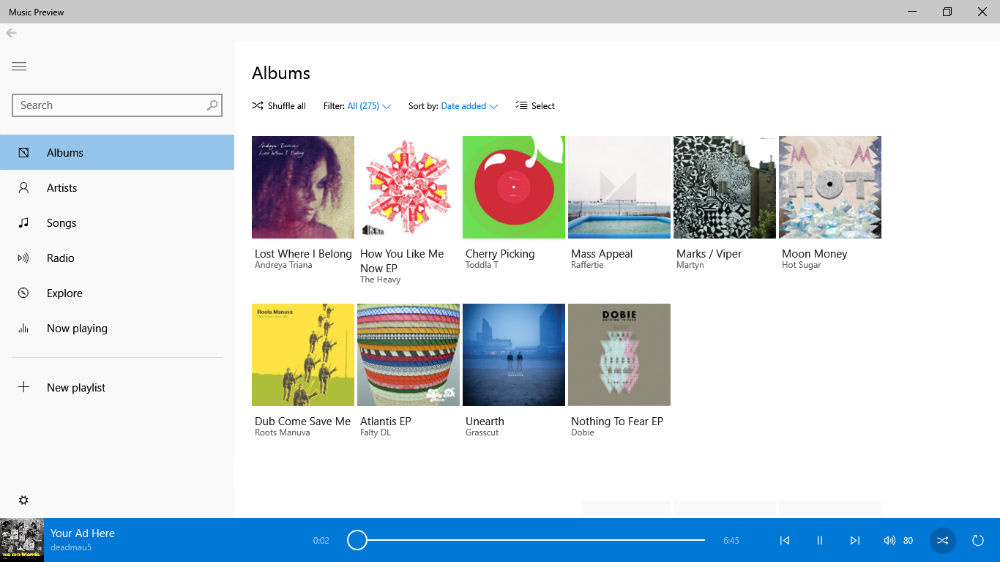 After making Project Spartan available to Windows 10 Insiders via a software update earlier this week, Microsoft on Tuesday announced two more apps that’ll certainly be important to many future Windows 10 users, including the Music and Video apps.

The apps will be universal, meaning that they’ll work on desktops, mobile devices and Xbox, so it’s not surprising to see Microsoft remove the Xbox branding from their names.

Users looking to try them out can download the Music Preview and Video Preview apps directly from Microsoft’s Store Beta app that ships in the latest version of Windows 10. As the company suggests, these are still beta versions of the apps, so users can expect certain inconsistencies when testing them out.

But Microsoft reveals in its blog post on the matter that plenty of features are coming to both the Music and Video apps.

The company highlights three features to try for the Music app, including browsing and playing your music collection, making playlists and using the Xbox Music Pass if enabled. As for the Video app, Microsoft recommends users to browse and play video files on their devices, as well as browsing and playing movies and TV shows that have already been purchased from the Xbox Video service.

Download links for Music and Videos, as well as more details about known bugs and future features are available at the source link below.