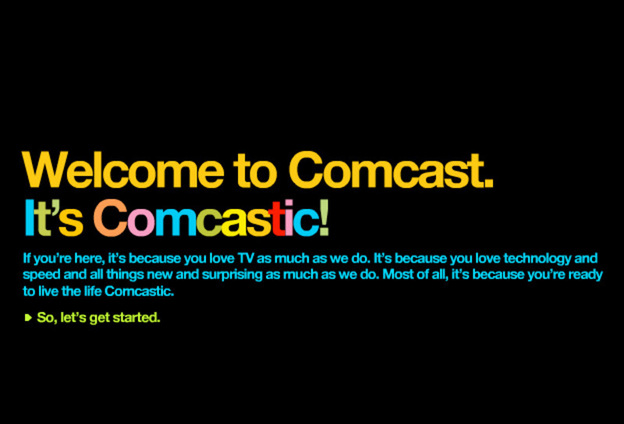 Steam is a hugely popular online gaming store that counts roughly 75 million users worldwide — you may have heard of it. If you haven’t heard of it, however, then you’ll be happy to know that it’s no barrier to you getting a job as a Comcast customer service representative.

OK, so it’s unfair to expect every Comcast customer service representative to have heard of Steam but it certainly is fair to say that a rep should know when they’re in over their heads and refer customers to a technical support specialist. That’s eventually what happened in a new Comcast customer service call that’s been flagged by Ars Technica, but only after the rep tried to offer up some truly ridiculous explanations for why customers might be having problems downloading content from Steam.

The trouble started when a Comcast customer tried to download a game from Steam and found that, after his download started at a speed of 6Mbps, it would quickly zero out. Stopping and restarting the download didn’t help matters as the same thing would occur again and again. When he explained the situation to the Comcast rep, he was given an utterly baffling answer.

“I would recommend you to make sure the Wi-Fi is secure because it could be a virus trying to get into your computer,” the rep said.

“It’s not a virus because over 50 million people use it,” the customer responded. “It’s a service, it’s almost like Netflix or Amazon.”

Ars Technica reached out to Comcast and the company says that it’s looking into the user’s situation, which is something that the company has had to say a lot of lately when it comes to bad customer service experiences that have been recorded and posted on the Internet (see here, here and here for some classic examples).

In the absence of a more thorough reply, Ars speculates that “the rep may have been working from an offshore call center and seemed to lack basic knowledge about the kinds of applications customers use with Comcast service.” The publication also “asked Comcast what training it provides these workers but did not receive an answer.”

You can listen to the entire call between the customer and the confused rep by clicking the SoundCloud source link below.