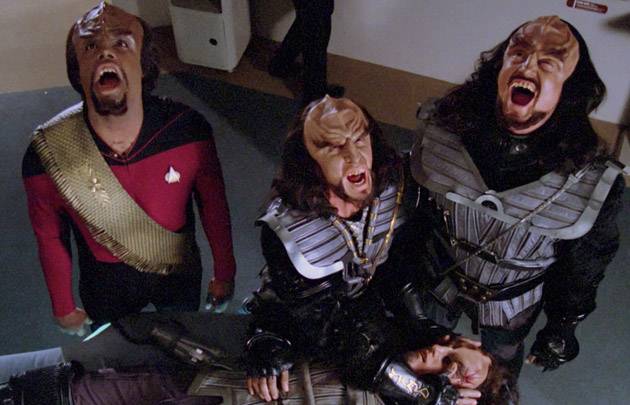 If you’re working for the government, how would you handle UFO-related questions? You could choose to give a non-answer or deny that anything like that even exists. Or, if you’re the Star Trek–loving Welsh government, you could troll everyone with an answer in Klingon.

And the government certainly answered, Ars Technica reports, by saying “jang vIDa je due luq. ‘ach ghotvam’e’ QI’yaH-devolved qaS.” Translated from Klingon, that actually means “The minister will reply in due course. However, this is a non-devolved matter.”

As the tech site explains, non-devolved matters, or reserved matters, are issues that can’t be solved by the devolved Welsh Assembly. Instead, Millar should go directly to the U.K. parliament instead.

Even funnier, Millar was quick on his feet to reply back. “I’ve always suspected that Labour ministers came from another planet,” he said. “This response confirms it.”