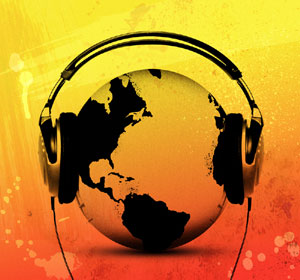 Several internet radio sites, both major companies, as well as smaller, indy web-based stations, are planning silence on Tuesday to protest the increased music royalty fees approved by the Copyright Royalty Board, a panel created by Congress. Fees are set to jump from 7 cents, to 8 cents, gradually moving up to 19 cents by 2010, a figure many smaller web radio companies say will put them out of business. This increase also hurts even bigger companies, such as Yahoo, Inc. Major players joining in on the protest include Yahoo and MTV Online (owned by Viacom). While it’s said that the House and Senate are considering the Internet Radio Equality Act, which would roll back the increases, there’s been no determination as to whether they’ve actually figured out the internet yet they’re really listening.