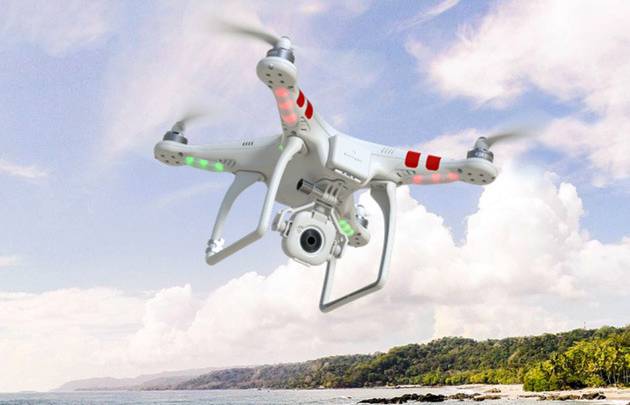 The idea of weaponized drones might sound like something you’d see in a sci-fi movie, but you might end up seeing it in the real world before you know it. Following the passage of a new bill in North Dakota, police in that state now have the green light to launch and use drones armed with a variety of non-lethal weapons, including rubber bullets, tear gas, pepper spray, and tasers.

Speaking to how backwards our governing bodies can be at times, the original aim of the passed bill was to require police to obtain a search warrant before using a drone to look for criminal evidence. It was only later that a lobbyist representing law enforcement interests got involved and introduced new language which allows police to equip drones with “less than lethal” weapons.

The original sponsor of the bill, Representative Rick Becker, told the Daily Beast that he would have liked to ban all types of weaponized drones. But in order to get the bill passed, he had to begrudgingly go along with what was tacked on.

“This is one I’m not in full agreement with. I wish it was any weapon,” Becker said a few months back. “In my opinion there should be a nice, red line: Drones should not be weaponized. Period.”

Of course, economic factors, like always, are in play:

Drones in North Dakota are a profitable enterprise in a state hit hard by the oil bust. Companies that market machines for agricultural and commercial use have been popping up in industrial parks on the outskirts of Grand Forks for the better part of the last three years. The university, one of the city’s largest employers, even offers a four-year degree in drones. The Air Force has partnered with the private sector to create a drone research and development park, too.

Make sure to hit the source link below for the full scoop on and implications of North Dakota’s new drone-friendly law.