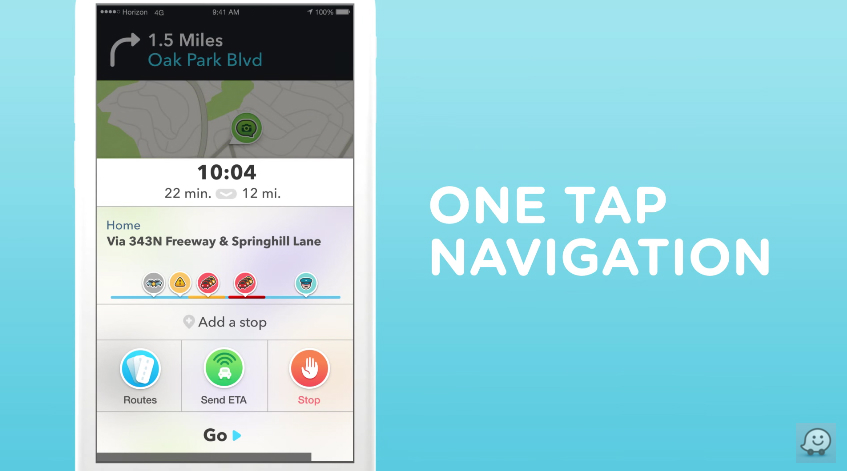 Being stuck in traffic is probably one of the most annoying things we get to relive a regular basis. Luckily, there are apps that can help us avoid traffic jams as much as possible, and one of them has just received a major update, including a new design.

Even if you’re familiar with the path to work, installing Waze on your mobile device should be a no-brainer, as it might save precious commuting time. The Israeli mapping software company that was acquired by Google a couple of years ago just released Waze 4.0, which is even easier to use than before.

The application uses crowdsourced data to warn drivers about various incidents on the road, including accidents, police speed traps and more. Waze 4.0, available on iPhone for now, is the first major update the company released since Google took over the reins. The new design focuses on increasing speed – that means fewer taps on the screen to get you where you need to go.

Alerts are more prominent on the screen and easier to read, and users should have no problem spotting them at a glance. ETA information is also displayed, and users can send ETAs to their friends.

A similar version for Android will be available in the near future, but iOS users can already download Waze 4.0 on their iPhones and iPads. A video showing the new Waze 4.0 UI and new features follows below.