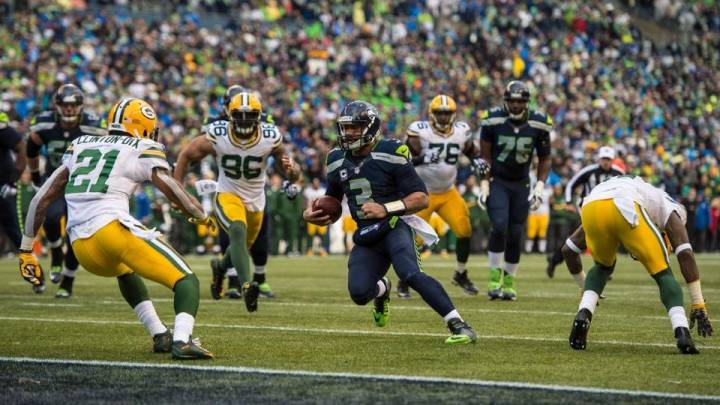 You don’t need a cable subscription to watch Super Bowl XLIX online for free on Sunday, as you can use one of the smart gadgets you already own, including smartphones, tablets and computers, to stream the game and the halftime show. In the post that follows, you’ll get all the information you need to be able to watch the upcoming Seahawks vs. Patriots game on your own terms on Sunday.

The game starts at 3:30 p.m. EST on Sunday, and NBC will stream the entire show, complete with pre-game coverage and the halftime Katy Perry show, on its website (see this link). Streaming begins at 12:00 p.m. EST and ends at 10:00 p.m. EST — anyone can easily tune in and watch the show, as long as there’s a dependable Internet connection available.

Accessing the NBC Sports website on Sunday from a Mac, Windows, or any other computer should do the trick, though some people may want to watch Super Bowl XLIX on smartphones and tablets.

On iPad, Android and Windows tablets, users have to simply install the appropriate NBC Sports Live Extra app, which will stream the show.

However, doing the same thing on an iPhone or Android smartphone isn’t as simple, as NBC will not officially be streaming to most smartphones. Instead, only Verizon subscribers will have access to the stream.

That’s all swell for U.S.-based Super Bowl fans, but international users, or Americans traveling overseas this weekend need to perform additional tricks to watch the game online. The NFL Game pass, which costs $54.99 for non U.S. residents, will let you stream the game from abroad, though it’s not free.

But as long as you have access to a service that lets you pretend you’re in the U.S. for the Super Bowl — such as a VPN service that should offer access to U.S.-based servers — you can watch the game free of charge, not counting the fees you pay for VPN access that is.

In order to set up a VPN connection on your computer, smartphone and tablet, with specific instructions for Mac, iPhone and iPad, check out this link before the game. Android users looking to do the same thing need to also check out this link.

Once a VPN connection is set up, simply go to NBC’s Sports website (link mentioned above) to stream the game.

Finally, because streaming everything on a small screen isn’t as cool as watching it on a big screen, you could always beam the Super Bowl from your computer, smartphone or tablet to your big screen TV, as long as it’s connected to an Apple TV, Chromecast, or any sort of other streaming stick — that’s assuming you don’t already own an Internet-connected TV, which could be used to stream the game directly from NBC’s website.

More details about streaming the game on iPhone, iPad and Mac can be accessed over at MacWorld, with GigaOm providing additional details about other Super Bowl streaming options.