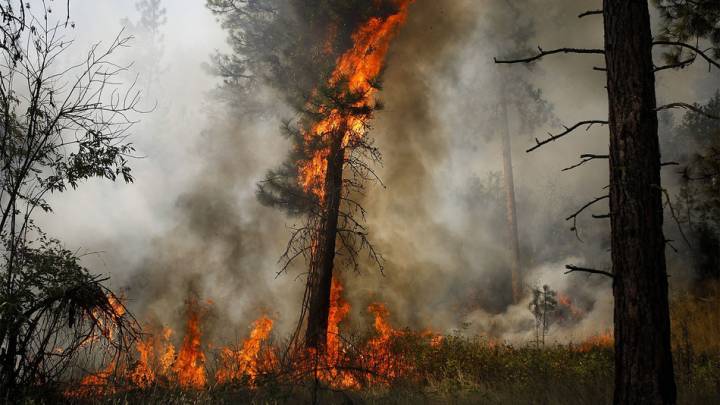 The Okanogan Complex wildfire in Washington State that you keep hearing about on the news is even more serious than you think. According to recent estimates, the fire is currently just 10% contained, burning more than 400 square miles, and officials say that it could continue burning until snow hits later this year.

The fire is now the largest in state history, Mashable reports, having surpassed a wildfire that held that title last year. The wildfire has surpassed the 2014 Carlton Complex fire and happens to be just one of the six huge blazes burning in the state.

A federal disaster declaration has been issued, with firefighting assistance having arrived from other states and even other countries, including Australia and New Zealand.

The situation is so dire that during the weekend, officials started training volunteers to fight the flames, which is an unprecedented move.

Some 1,250 people are fighting fires in the Okanogan Complex, with 11,300 others battling more fires in California. The Washington State record fire was measured at 239,733 acres as of Monday morning, having destroyed more than 200 homes so far. The blaze has taken the lives for three firefighters so far, injuring four others.

Fires have burned through 7.5 million acres so far this year, which is well above the 10-year average of 5.2 million per year.