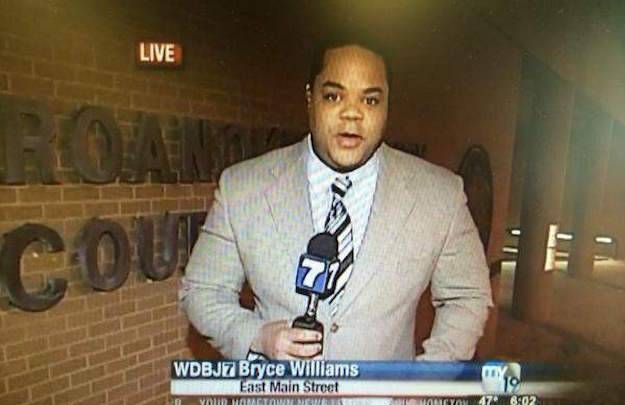 The manhunt for the man who killed two Virginia WDBJ7 employees on the air earlier this morning has come to an end. Police are now saying that Vester Lee Flanagan, formerly a news reporter at the above station, turned the gun on himself as the authorities were closing in on his location. Despite some conflicting reports, ABC News is reporting that he is not dead but is in very critical condition. He was reportedly found after his car ran off the road and crashed.

In the aftermath of the tragedy, we’ve come to find out more about who Flanagan was and what his motives may have been.

Again, Flanagan was a reporter for WDBJ7, though his on-air name was Bryce Williams. It has since emerged, though, that he had been fired from the station though news of his firing wasn’t necessarily widely known at the time of today’s shooting.

Regarding Flanagan’s firing, WDBJ7’s station manager had this to say about his dismissal from the station in a statement made to Buzzfeed.

Vester was an unhappy man. We employed him as a reporter and he had some talent in that respect and some experience. He quickly gathered a reputation of someone who was difficult to work with. He was sort of looking out to people to say things he could take offense to. Eventually, after many incidents of his anger, we dismissed him. He did not take that well. We had to call police to escort him from the building.

It’s also been reported that Flanagan threatened to file a complaint with the Equal Employment Opportunity Commission, alleging that one of the victims had made racist remarks. Flanagan alluded to this on his now-suspended Twitter account which he updated while on the run.

There’s also evidence that Flanagan had an issue with the station’s cameraman, alleging that he had complained to HR about him.

According to the station’s manager, Flanagan’s had complained that he was only fired after threatening to contact the EEOC.

As for personal details, Flanagan was from Oakland, California and was 41 years old. A longtime news veteran, Flanagan held various station jobs at a number of different news stations over the last 20+ years. He is a graduate of San Francisco State University.

Lastly, ABC News said that it received a 23-page fax from someone claiming to be Williams last night. They’ve since handed over the documents to authorities.

We’ll have more information as it comes in.