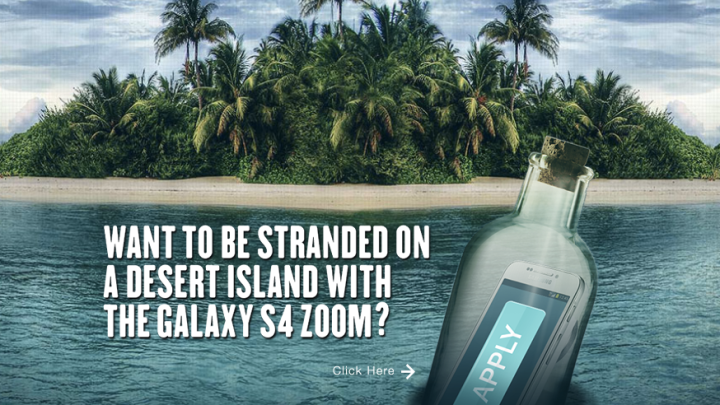 You can never accuse Samsung’s marketing team of being anything but original and the Galaxy manufacturer’s latest promotion may be its most audacious yet. This fall Samsung plans to hold a contest where eight competitors will be stranded on a tropical island for two weeks with nothing by a Samsung Galaxy S4 Zoom and their wits to keep them alive. The contestants will be given a crash course in survival training by wilderness expert Les Stroud, so it’s not as though Samsung is being completely reckless by tossing its fans onto a deserted island with nothing but a smartphone. The idea is that the contestants are supposed to compete in several Survivor-style tests while filming their adventures using the S4 Zoom, which will then upload their pictures and videos onto the web. Samsung’s full video follows below.