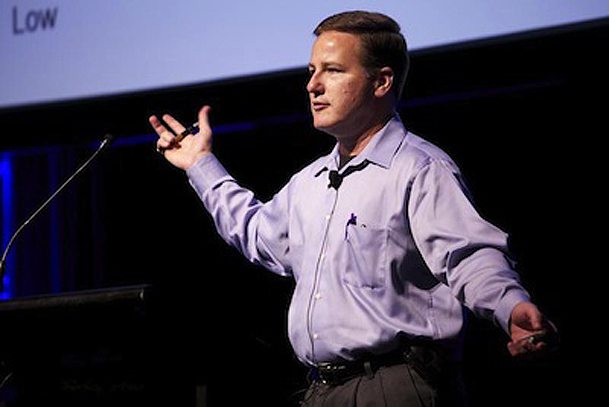 As some high-profile technology companies make an effort to shed more light on issues surrounding user privacy in light of recent NSA spying revelations, most have remained quiet so as to avoid fueling the fire. Verizon was one such company until recently, and now the fire has been fueled — while speaking with Tom’s Guide during the Cyber Security Summit 2013 security conference in New York City last week, Verizon’s vice president of national security policy Marcus Sachs said all the wrong things.

“If you’re worried about it, do something about it. Take security on yourselves, and don’t trust anybody else to do it. Don’t look at us to protect your data. That’s on you,” Sachs said. “There are services out there up to a certain point. You want encrypted phone calls? There’s an app for that.”

Users obviously should take matters into their own hands as much as possible when it comes to privacy and security. But as DSLReported pointed out, Verizon doesn’t always make it easy.

“Verizon’s total failure to stand up to government on any front, their sale of location data to anyone and everyone, and their fighting tooth and nail against consumer privacy protections of any kind aren’t exactly what one might call helpful,” DSLReports noted.

UPDATE: It is now our understanding that Sachs’s quote was taken a bit out of context. The comment was made not to a reporter from Tom’s Guide, but rather to the audience in response to a question from a conference attendee who specifically asked what consumers themselves can do to better protect their personal data and online communications. Sachs apparently stated that Verizon does make an effort to secure its customers’ data, and then went on to make the comment noted above.