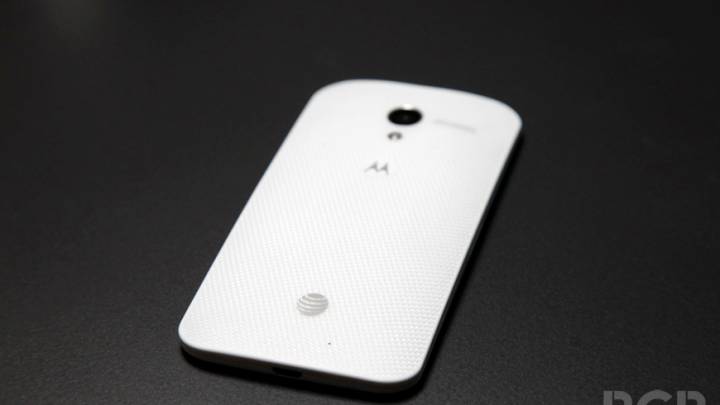 Motorola is reportedly going to launch up to eight devices this year, including the company’s upcoming flagship that will be known as the Moto X+1. While we’ve seen plenty of purported leaked pics of the X+1 in the past, the best Moto X+1 leak came on Thursday from @evleaks, who posted it as a retirement gift from his leaking career.

FROM EARLIER: The Nexus 6 might be one of eight hot new phones Motorola launches this fall

The image, available below, shows what look like press renders of the Verizon-branded Moto X+1. From the looks of it, the top phone will be available in a variety of options including plastic and wood when it comes to rear shell options.

The phone will also pack dual-front facing speakers, and will come with plenty of Verizon branding and bloatware, including Verizon’s own messaging app.

The leaker has not offered other details about the Moto X+1, such as specs, price or release date info, but the company is expected to soon announce some of these upcoming Motorola Android handsets during its big press event on September 4th.

The press render for the Verizon Moto X+1 follows below.