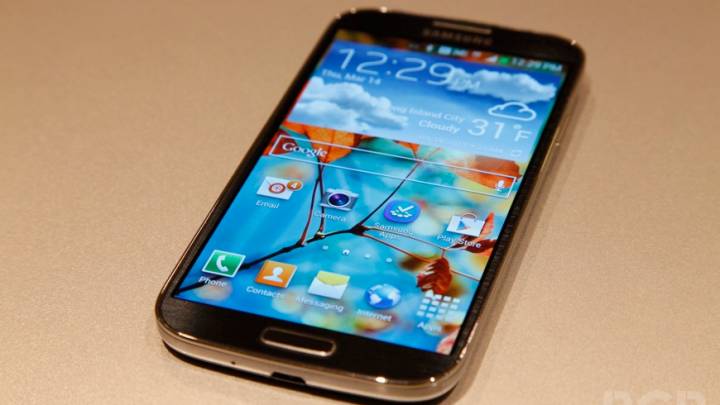 It looks like Verizon will be late to the party yet again. Samsung announced earlier this week that its highly anticipated Galaxy S4 will launch on seven U.S. carriers beginning this month. While AT&T, Sprint and T-Mobile race to bring the new flagship Android phone to their subscribers as quickly as possible, Verizon is apparently taking its sweet time — a company representative confirmed on Thursday evening that Verizon will not launch the Samsung Galaxy S4 in April.

“Samsung Galaxy S4 for Verizon Wireless 4GLTE coming in May. More details soon,” Verizon posted on its official Twitter account. No other details were provided.

Verizon’s chief rivals have all already detailed their launch plans for the most anticipated Android smartphone of the year. AT&T began taking preorders earlier this week and confirmed on its website that handsets will be shipped by April 30th. Sprint will launch the Galaxy S4 on April 27th starting at $249.99 for current subscribers or $149.99 for new customers, and T-Mobile will make the handset available beginning April 24th for $149.99 down. But as Galaxy S4 units begin hitting the streets by the thousands in the coming weeks, Verizon customers will have to sit tight until sometime next month.

BGR previewed the Galaxy S4 last month and called it the Android smartphone by which all others will be measured in 2013.