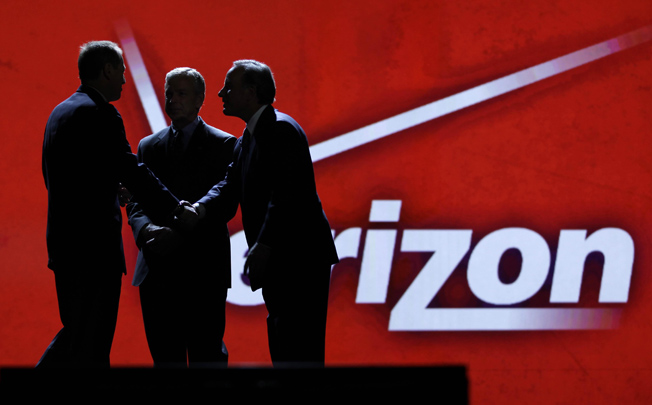 With U.S. wireless carriers’ revenue growth in jeopardy, they now have no choice but to use new fees and new tricks in order to increase sales. As T-Mobile leads the way, carriers that once discouraged early smartphone upgrades have now found a way to use consumers’ desire for the latest and greatest handsets to their advantage. First came “JUMP” from T-Mobile, then AT&T followed suit, and now Verizon has confirmed “Edge,” a new plan that will allow users to upgrade their devices more frequently than once every two years.

Like T-Mobile’s original “Un-carrier” initiative, Verizon’s Edge plan separates wireless service from smartphone purchases. Rather than using the customary subsidy model, subscribers are charged the full value of a smartphone or feature phone with payments spread out over 24 months. In other words, the customer is still locked into a two-year contract and he or she will still have to pay a large fee to cancel early, but carriers can now market contract-free cell phone service.

In the case of Verizon’s Edge plans, users can now upgrade to a new device in as little as six months as long as they have already paid for half of the full value of their current handset. Old devices must be traded in and they must be in working order. AllThingsD uses the following example to help explain the plan:

So, let’s say, for example, you want to get the Samsung Galaxy S4 now. The full retail price of the 16 gigabyte Galaxy S4 is $650. If you know you want to switch to something new after six months, you will need to pay about $54.17 per month to cover half of the phone’s total cost ($325). But, more realistically, you’ll upgrade in a year when the next version of the phone comes out, so the monthly payment will be $27.08.

“We absolutely believe this is a better value,” Verizon CMO Ken Dixon told AllThingsD while discussing Edge. “Customers want the latest and greatest in technology, but they also want to be on the best network.”

Verizon’s Edge plan will become available beginning August 25th and it will require users to subscribe to one of the carrier’s Share Everything service plans.