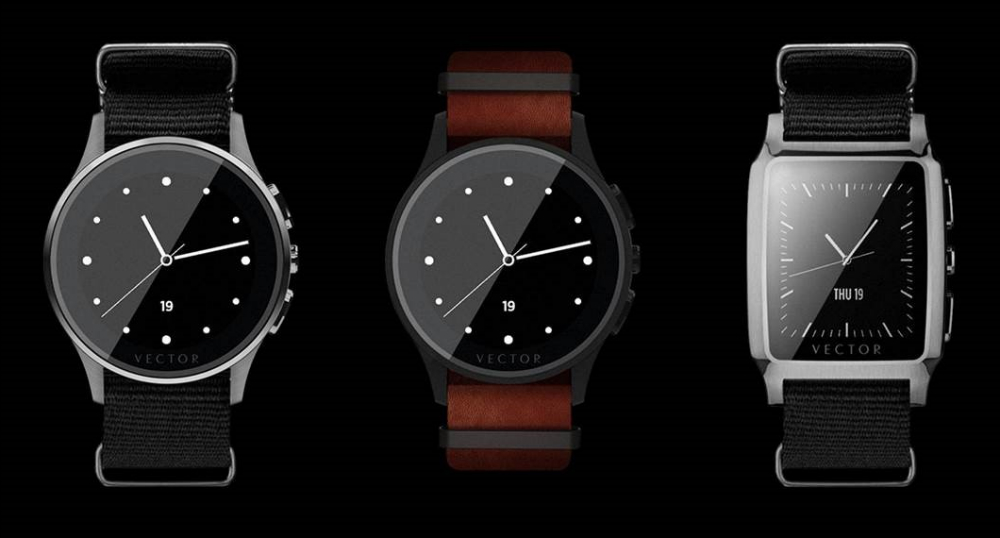 If you’ve been hung up on early smartwatches’ weak battery lives, then Vector is a watchmaker you’re going to want to key your eye on. Vector this week announced it’s working on a family of smartwatches that will be able to deliver great battery life, affordable prices, appealing designs and compatibility with iOS, Android and Windows.

The Vector Watch will be available in two distinct versions: A round Luna model and a rectangular Meridian version, both of which can be preordered right now.

One of their most important characteristics is battery life, which the company says can reach up to 30 days, although it’s not clear what that actually means in terms of usage. The device packs a “sensor-activated notification system which allows users to acknowledge messages with the flick of a wrist, and built-in contextual awareness that allows the device to understand patterns in user behavior.”

Interestingly, the company highlights IFTTT (If-This-Then-That) compatibility for the device, but does not specify what kind of operating system it’s running. The company does say that it has developed its OS from scratch, investing in “having the best black and white screen” out there to deliver prolonged battery life.

The Vector Watch will be available for purchase this summer, the company says, at which point more specific details about specs and features will be known.

The Vector Luna, priced at €399, has a 44mm round case and the Vector Meridian is priced at €229 and has a 40.5mm case. Both devices have stainless steel cases and hardened mineral crystal, are water-resistant up to 50m/50ATM, and come with solid stainless steel bracelets with butterfly closure, and leather straps or supple silicon straps.