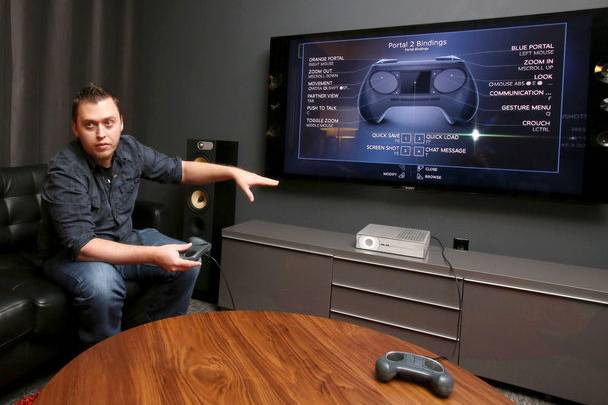 Bad news, Linux fans. Valve took to the Steam Community forums on Tuesday to announce that its first foray into hardware would be delayed to next year. The Steam Machines garnered a great deal of interest when they were revealed last year, promising to bring a desktop experience to the television. Valve has already revealed 13 companies which plan on releasing their own Steam Machines in the years to come, but it doesn’t look like any of them will make it to retail this year.

“We’re now using wireless prototype controllers to conduct live playtests, with everyone from industry professionals to die-hard gamers to casual gamers,” wrote Steam member Axiom. “It’s generating a ton of useful feedback, and it means we’ll be able to make the controller a lot better. Of course, it’s also keeping us pretty busy making all those improvements. Realistically, we’re now looking at a release window of 2015, not 2014.”

The Steam Machine concept is an intriguing one, but also one that could fall flat if either the marketing or the implementation of the device into the living room isn’t flawless. It’s disappointing to see yet another release window slip away from a company notorious for delays, but if the Steam Machine is going to become a supplement to the console gaming market, Valve has to get it right.