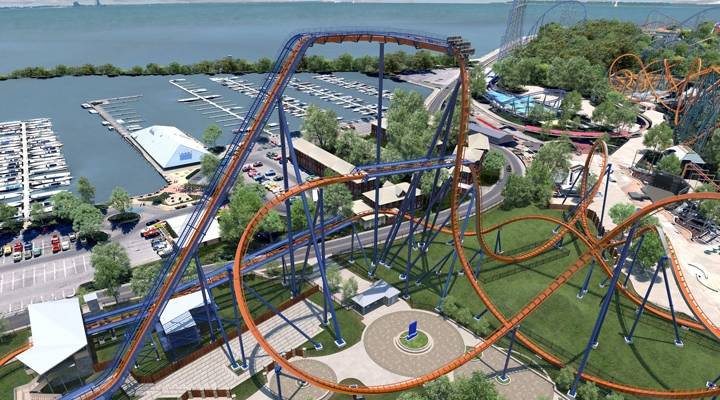 Personally, I’ve never been much of a roller coaster fan. The sensation of being jerked back and forth, flipped upside down and sent careening down a hill just doesn’t constitute a good time in my book, but I’ll be first in line to ride the record-smashing Valravn roller coaster at Cedar Point in Ohio — mostly because I don’t have to leave my bedroom to ride it.

Last week, the Cedar Point amusement park unveiled a new ride called Valravn, which it claims is “the world’s tallest, fastest and longest dive coaster.” The park’s eighteenth coaster will likely be its most impressive, dangling riders more than 20 stories high at its peak before dropping them at a 90-degree angle, reaching speeds of up to 75 MPH.

All in all, the ride stretches over 3,400 feet from start to finish, but as I said earlier, you don’t need to move an inch to experience the Valravn for yourself right now. On the same day that Cedar Point announced the ride, the park also uploaded a VR video emulating the experience of riding the coaster to its YouTube channel.

There’s also a free app available on the App Store and Google Play, in case you want to take the ride with you wherever you go. If you haven’t invested in a cardboard VR display of some nature yet, maybe Valravn will finally convince you to take the plunge.