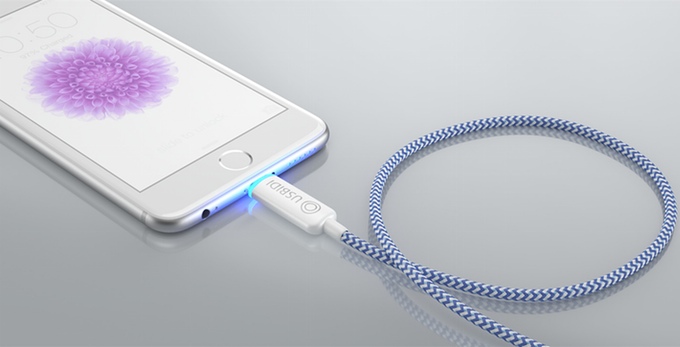 About two weeks ago, Australia-based mobile technology company UsBidi launched a Kickstarter for a device that it’s calling “the world’s most intelligent charger ever.”

We won’t know for sure if they’re telling the truth until the product ships, but it appears to be striking a chord with consumers as the campaign has already collected over $270,000 after starting with an initial goal of around $25,000 USD.

DON’T MISS: Apple invented the ‘ultimate laptop’ back in 2011, decided not to produce it

You might be wondering why a charger would be attracting hundreds of thousands of dollars worth of sales, but the UsBidi does have several incredibly neat features that any smartphone or tablet owner might appreciate.

First of all (and perhaps most importantly), the charger has an automatic shut-off feature that will stop any and all charging circuitry the moment your battery hits 100%. Your device will only begin charging again when you unplug the UsBidi and plug it back in, so you won’t have to worry about the charger damaging your Li-ion battery overnight.

UsBidi also claims that its charger will charge your device twice as fast as a regular charger when plugged in a USB port on a computer, because with the press of a button, you can cancel data syncing between the phone and the computer and redirect all the power to charging the battery.

The end of the charger is also magnetic, so that you can easily store it around your bed or your desk and there’s even an LED indicator that will tell you how charged your phone is from a distance.

The team estimates that they will begin shipping UsBidi chargers in February, but you can pick one up through the Kickstarter campaign for $18. There are both Micro USB and Lightning cables available, and you can get them in a variety on lengths.