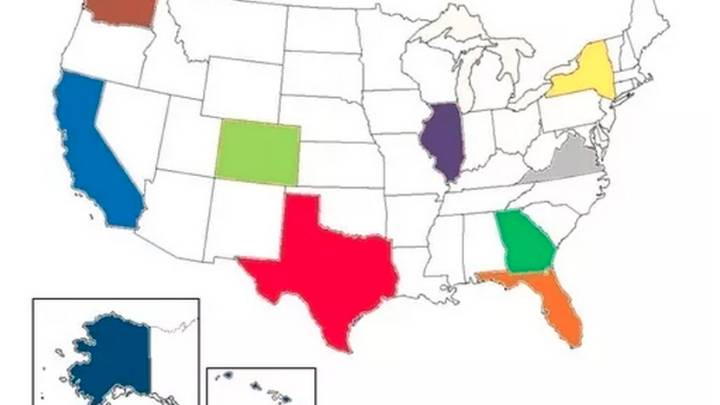 Ever wondered which U.S. state would emerge as the winner if a war broke out between all the American states? What if there was no USA as we know it today, and each state battled its neighbors in hopes of conquering them and securing more resources? It’s not a movie — at least not yet — but one former Marine has imagined the frightening scenario in great detail.

Marine veteran Jon Davis wrote a massive response on Quora last October to this question “If every state of the USA declared war on each other, which would win?“

He looked at what the most powerful states would be in terms of manpower and resources, and what their strategies might be, concluding that California, Texas and New York would have the will to fight and the population to fuel powerful war machines. Other states that might have a good shot in the fight include Washington, Colorado, Illinois, Virginia, Florida and Georgia.

Davis structured his explanation into a story, complete with maps to show the progress of such a war. In fact, the entire thing has been optioned by a Hollywood producer who might turn it into a television series.

Until that happens, you should check out this link to read it in full, in case you’re curious to know who would win the hypothetical war. And if you were wondering, yes, it does look like a huge game of Risk, and there will be nuclear bombing.