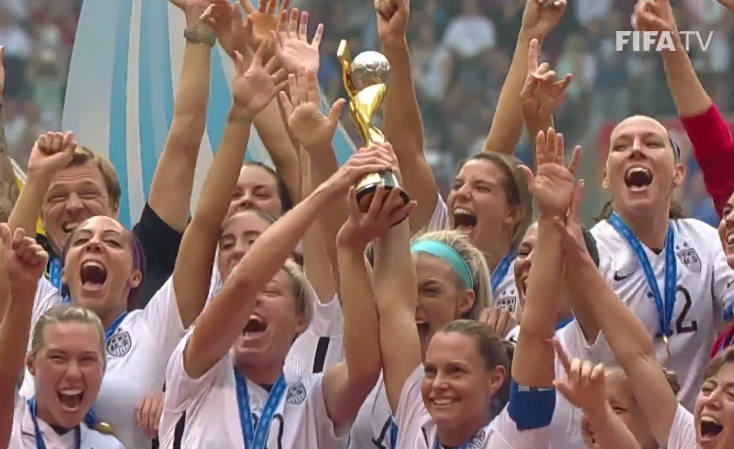 I’m not a hardcore soccer fan, but I keep tabs on the big tournaments and watch them as often as I can. I typically watch men’s tournaments, but the Women’s World Cup final game that ended with a crushing USA win over Japan featured a number of firsts, including an incredible goal — the kind you rarely see on the field, regardless of who’s playing the game.

Carli Lloyd’s third goal of the game came at the 16-minute mark. After an interception, the ball reached the American player who shot it from the middle of the field, catching Japan’s goalkeeper off guard. That’s the sort of goal you rarely get to see, especially in a World Cup final.

Not many professional soccer players could ever score a goal like this, and many male strikers are probably envious of Lloyd’s achievement.

Not only did she manage to score an amazing goal, but she completed her hat-trick (three goals scored in a game) in just 13-minutes, giving her team a more than comfortable 4-0 lead. In fact, Lloyd’s was the first hat-trick ever scored in a Women’s World Cup final game, another remarkable achievement. Finally, that last goal also made Lloyd the tournament’s top scorer, with a total of six goals.

You probably know the final score: the U.S. beat Japan 5-2. See all the goals, including Lloyd’s stunning shot from midfield, in the video below.