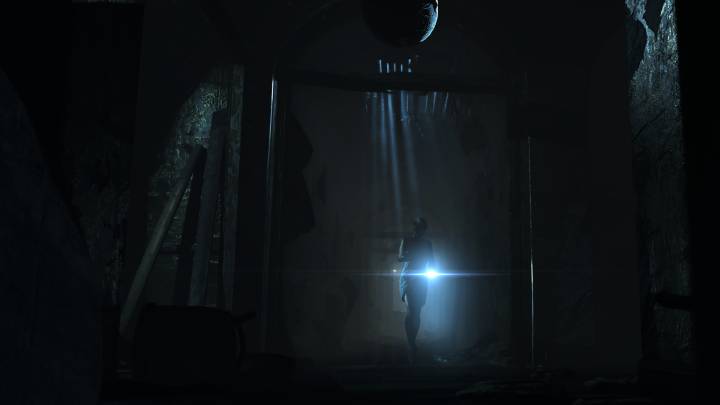 I’ve never really been a fan of horror movies. The characters are vapid and dull, violence for the sake of violence rarely entertains me and the big twist is never as exciting as I hope it’ll be. I have nothing against the genre, it’s just not my thing, which is why I was so surprised to find myself unable to step away from the TV until I finished Until Dawn in a single sitting.

Until Dawn has a lot riding on its shoulders. Not only is it one of the last original exclusive titles for the PlayStation 4 in 2015, it’s also the first triple-A title from Supermassive Games, and a highly unconventional one at that. If you can’t tell from the screenshots, Until Dawn is a survival horror game… but more of an interactive story than Silent Hill, Resident Evil or Amnesia.

Until Dawn tells the tale of eight friends who revisit a cabin that sits atop an appropriately spooky mountain one year after a tragic accident resulted in the disappearance of Hannah and Beth Washington, two sisters in the group. Josh, their brother, wants everyone to continue the annual tradition in order to honor the missing girls, so the seven teenagers all reluctantly return in order to be there for their grieving friend.

Within the first hour, you’ll meet all eight of the game’s protagonists: Chris, who’s secretly crushing on Ashley; Emily, the ex-girlfriend of Mike, the jock; Jessica, Mike’s new girlfriend; Matt, Emily’s new boyfriend; and Sam, the only unattached member of the group other than Josh.

The hook here is that every decision you make has an effect on the story. A swarm of butterflies will appear in the corner of the screen every time you make a decision that results in a new branching path, and although some choices are harmless, others can lead to the untimely deaths of one of more of the eight characters.

The game is separated into chapters, often following two or three characters from the group at a time. In between the chapters, the scene shifts to a first-person view of an unknown figure who is being interviewed by a creepy psychiatrist. The conversations you have with the psychiatrist appear to affect the game in subtle ways.

One major reason that Until Dawn resonated with me where other horror stories haven’t is the surprisingly strong character development. You might not fall in love with these characters, but after five or six hours of wandering alone on a mountain with them, you’re going to understand their backgrounds and their relationships with one another. You also play as all eight characters throughout the course of the game, so you’ll have some sort of connection with all of them.

It certainly helps that each and every one of the actors behind the characters are perfectly suited for these roles too, and the motion capture of the character models and the facial expressions is second to none. At a glance, you might mistake Hayden Panettierre for her character Sam. The attention to detail and the effort that went into the digital recreations of these actors give the game stakes it might not otherwise have.

As for the gameplay itself, you’re mostly walking down hallways, through forests and inside of mysterious caves, occasionally forced to go through a Quick Time Event to get the character safely from point A to point B. It often feels slow, with the classic horror movie music ramping up in the background to keep you on your toes, but the banter between the characters is clever and believable, which makes the longer treks bearable.

During these treks, you’ll come across clues in the environment that will shed light on what really happened to Hannah and Beth. There are also collectable totems scattered around the mountain. When you find one, you’ll see a glimpse of the future, often involving the death of one of the eight teenagers. Some of the totems will warn of specific events to come or even suggest a plan of attack to ensure the survival of a character. It’s worth keeping in mind that everyone can survive… and everyone can die.

I won’t spoil the story (even though your story is likely going to differ from mine significantly), but I will say that I was expecting something far less traditional than what I got. That’s not to say I didn’t enjoy it, but within the first hour or so, I was constantly waiting for the other shoe to drop, revealing a plot reminiscent of 2012’s Cabin in the Woods. Nevertheless, the twists were entertaining, the deaths were genuinely shocking and I was on the edge of the my seat for the last few chapters of the game.

I wasn’t immediately compelled to revisit the story after the credits rolled, but in the days that followed, I’ve found myself wondering what would have happened if I’d gone left instead of right, if I’d stayed hidden instead of running out the front door. Would I have been able to save everyone? Would it have resulted in even more deaths?

I still haven’t decided whether or not I’m going to try to alter the story I crafted by making different choices a second time through, but I can say that Until Dawn was a pleasant surprise I won’t soon forget.

Sony provided BGR with a copy of Until Dawn on PlayStation 4 for the purposes of this review.