Uncharted 4 Will Have Your Heart Racing from Start to Finish 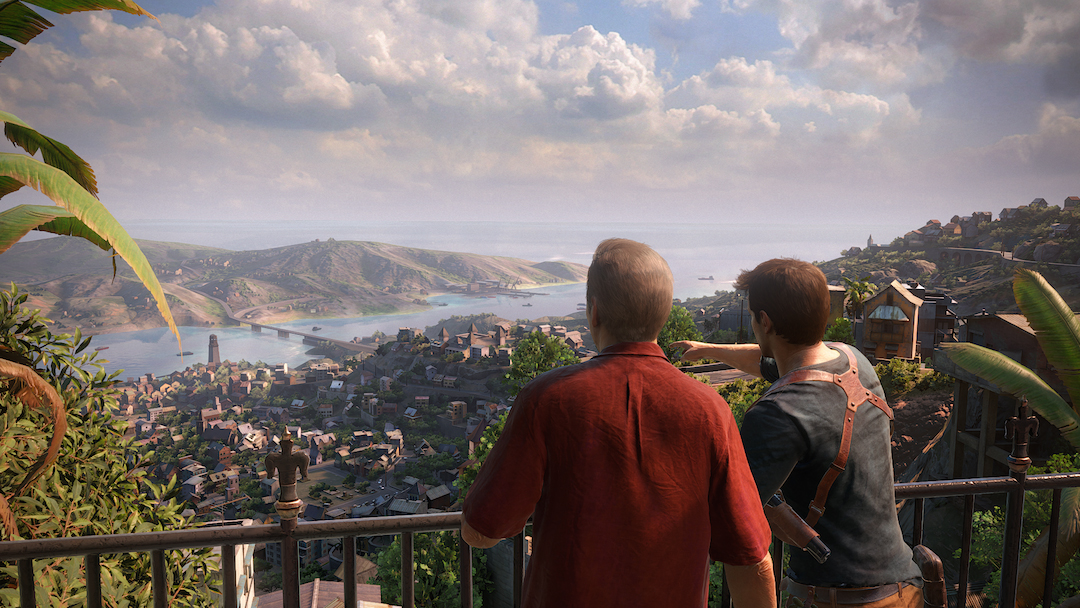 There were countless electrifying announcements at the PlayStation E3 Press Conference last night for fans of the PlayStation 4, but nothing was going to replace Uncharted 4: A Thief’s End as the flagship title of the show.

WATCH: Every New Game Trailer Nintendo Showed Off at E3 2015

If you saw the press conference last night, you’ll remember that Sony ended with a gameplay demo of Uncharted 4 featuring an extended car chase. After battling through the streets on foot, Nathan and Sully find themselves racing through the city in a jeep, doing everything they can to lose a monstrous, turret-equipped truck.

The demo ended as Nathan grappled on to a nearby vehicle, told Sully to take the wheel, and began hurtling towards wooden structure.

In a theater presentation today, we were shown the full chase scene, which, believe it or not, is nearly twice as long as what you saw last night. Because he’s Nathan Drake, the structure doesn’t slow him down. Rather, he smashes through it and continues swinging across to the other side of the river, climbing the rope just in time to avoid an oncoming boat.

Unfortunately, he hasn’t climbed quite high enough, as he skids into the mud on the other side, being dragged along by the rope as he pulls his way to the truck he’s attached himself to. Eventually, he makes it up, climbs into the truck bed and takes cover and enemies in nearby vehicles begin to fire on him.

With a few well-placed bullets, he blows up the pursuing vehicles and runs to the front of the truck in order to jump into the back of another vehicle, where a baddie is ready for a fistfight. Warding him off, Nathan then commandeers the vehicle while everything begins exploding behind him. I can’t emphasize enough how many explosions there are in this demo.

And because that wasn’t enough, a fleet of motorcycles comes into view. Some of the riders shoot from a distance while others attempt to leap into the driver’s seat. Nathan manages to throw them off while smashing into the others until he finally reaches the motorcycle in front – and who would be sitting on that motorcycle other than Sam, his brother.

The two shout “Jump in!” simultaneously, sparking an argument about which vehicle would be faster, when Nathan suddenly hits a snag, having his car thrown through the air. He lands underneath it, fire spreading all around him. After climbing out, more enemies begin to descend and Nathan jumps on the back of the motorcycle with Sam.

In the final segment that big truck with the turret returns, coming within inches of the bike as Nathan shoots its grill, trying to do as much damage as he can before the two are inevitably crushed under its tires. But that doesn’t happen. Instead, the truck explodes (so. many. explosions.) and Nathan and Sam share the kind of laugh that the two invincible heroes share in every action movie you’ve ever seen. The two then ride off into the sunset, because of course they do.

In the very last scene of the demo, Nathan and Sam ride up to Ikopa Motel, where Sully is waiting for them. The three discuss a pirate sanctuary where hundreds, or possibly thousands of pirates stored their plundered treasure in a communal facility. Sully wants to know where this “commie pirate” holdout can be found, but the conversation is interrupted by none other than Elena Fisher (or Elena Drake, as of Uncharted 3).

If you’re looking for another whirlwind, action-packed, nonstop thrill ride from Naughty Dog, it looks like you’re going to get it from Uncharted 4.