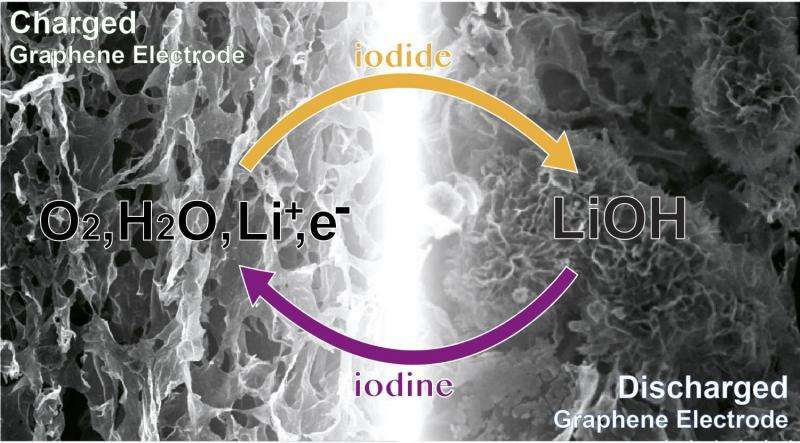 Despite numerous technological advancements that have given us an increasing number of highly sophisticated toys in recent years, we still haven’t solved all our problems with battery life. Yes, battery life is a top concern for many smartphone makers and also for electric vehicles and almost anything that requires large amounts of energy to operate. Battery life and battery efficiency have yet to get a definitive fix, but various research products are aiming to offer the fix we’ve been waiting for.

Such is the case with a team from the University of Cambridge, which has created the “ultimate” battery: a lithium-oxygen battery that uses graphene electrodes to offer high-density, more than 90% efficiency, and can be recharged for up to 2,000 times.

The lithium-air batteries are described as the “ultimate” batteries because they propose a high theoretical energy density of up to ten times the energy offered by regular lithium-ion batteries, Phys.org reports. That’s comparable to what gasoline provides, and would let carmakers create cells that are a fifth the cost and weight in future models. Such a car would drive from London to Edinburgh (more than 400 miles) on a single charge.

Unfortunately, as expected with current battery experiments, the technology will not be immediately available in any industry and it could take up to 10 years for lithium-air batteries to equip devices.

“What we’ve achieved is a significant advance for this technology and suggests whole new areas for research – we haven’t solved all the problems inherent to this chemistry, but our results do show routes forward towards a practical device,” University of Cambridge Professor of Cambridge’s Department of Chemistry Clare Grey said.

The battery prototype only works in the lab for the time being, as researchers are looking for ways to turn it into a viable product. For example, the metal electrode needs to be protected against forming lithium metal fibers (dendrites) that can cause the battery to explode if they grow too much. Furthermore, the battery can only use pure oxygen, not regular air from the atmosphere that contains other gases including carbon dioxide and nitrogen, as well as moisture, all of which are potentially harmful to the metal electrode.

The battery also needs a special porous graphene electrode, among other chemical components, and a narrow voltage gap between charge and discharge to significantly increase efficiency.

“While there are still plenty of fundamental studies that remain to be done, to iron out some of the mechanistic details, the current results are extremely exciting – we are still very much at the development stage, but we’ve shown that there are solutions to some of the tough problems associated with this technology,” Grey added.

More details about the battery are available at the source link.