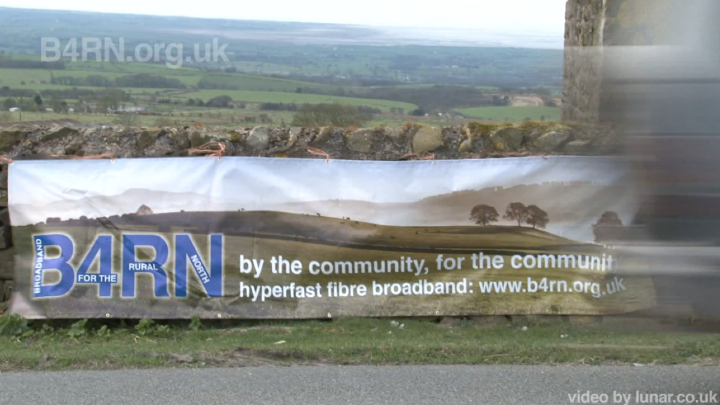 Now this is some can-do spirit we can all admire. BBC News reports that the rural United Kingdom farming community of Lancashire has built its own fiber network with an all-volunteer troupe of workers who are digging trenches and laying down fiber optics cables. The community is calling its project B4RN, or Broadband for the Rural North, and it’s pledging to “build a community-owned gigabit Fibre To The Home (FTTH) network in the scarcely populated, deeply rural uplands of Lancashire in the north west of England utilising the skills, time, energy and ingenuity of the local residents and businesses.”

BBC News says that the group has “exploited all sorts of local expertise — from the Lancaster University professor who is an expert in computer networks to the farmer’s wife who has just retired from a career in IT support” and has also gained “cooperation of local landowners” for “free access to fields.” The result of all this hard work is a super-fast fiber network that can get download speeds of over 900Mbps and upload speeds of more than 500Mbps.

Trevor Manton, a resident of nearby village Arkholme, tells BBC News that the fiber network will deliver an enormous boost compared to his current service, which he calls “a diabolical service for uploading and downloading attachments” that doesn’t function at all “when children are home.” For rural users in the United States who are still trapped in AOL dial-up hell, Manton’s situation is all too familiar. But as the community of Lancashire has shown, where there’s a will, there’s most definitely a way.