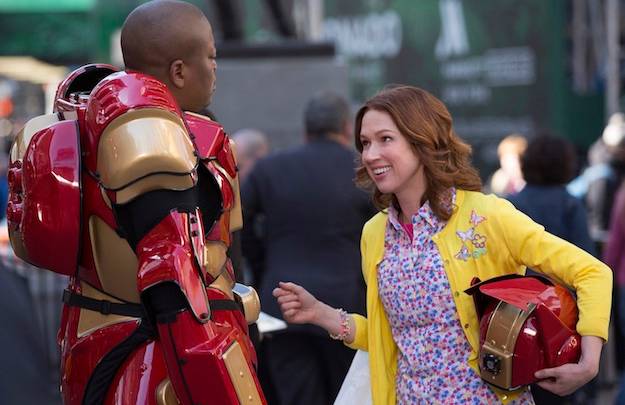 The list of 2015 Emmy nominations emphatically confirm something many have alluded to for a long time: the traditional network comedy is dying a slow death. With seven nominations given for Outstanding Comedy Series, only two series — ABC’s Modern Family and NBC’s Parks and Recreation — happen to air on one of the big three networks. In fact, the percentage of nominated comedies originating either from HBO, Amazon, Netflix, or traditional cable is higher than it’s ever been before.

With Parks and Recreation now over, Modern Family may soon be the only traditional network comedy left standing. Now admittedly, there are some great comedies currently on-air that weren’t nominated at all, with Fox’s New Girl and Brooklyn 99 being two prominent examples. Still, its hard to ignore that the smartest and most irreverent comedy these days tends to come from outlets like Comedy Central or from subscription services like HBO and Netflix.

DON’T MISS: Welcome to the beginning of the end for pay TV bundles

It’s hard to say really. After all, it wasn’t all that long ago that network comedies dominated the Emmys. Back in 2011, for instance, every nominated comedy show came from one of the big three networks. And while HBO comedies have garnered Emmy nominations in years past, never before have we seen comedies from traditional networks practically ignored en masse.

Part of the problem is that traditional networks have an unfortunate aversion to taking big risks. As a result, we tend to get the same watered down, laugh-track based sitcoms that lack some of the fire, ingenuity, and originality we typically see elsewhere. Can you imagine Amazon’s Transparent airing on ABC, for example? Even NBC decided to pass on Netflix’s wickedly clever Unbreakable Kimmy Schmidt, a curious move given Tina Fey’s long time association with the network. In the end, it’s becoming increasingly commonplace for traditional networks to leave us with typically bland and wholly unoriginal comedies that don’t quite cut it in today’s hyper-competitive market.

Contributing to this dynamic is the fact that subscription-based shows can get away with a whole lot more than something airing in primetime. Take Broad City and Inside Amy Schumer, for example. Both of these shows air late-night on Comedy Central and often touch on risque topics that networks would never green light. In that regard, the freedom of having a show outside of the traditional confines of network TV allows content creators to really push the creative envelope .

Also problematic is that networks have seemingly lost faith in the creative process. In other words, they tend to rush out shows that they themselves don’t fully believe in, a dynamic which results in abrupt cancellations when a show doesn’t become an instant commercial success. Historically, networks were more willing to let shows evolve and build up an audience. While this strategy worked in some instances (i.e Seinfeld), it wasn’t always successful (i.e Arrested Development). Still, it appears that the days of networks standing confidently behind their sitcom lineups may be long gone.

Additionally, networks seem less inclined to take risks than in years past, a problem which has also plagued the movie industry in recent years. A December 2014 Vulture article observed:

Want to get depressed in a hurry? Check out the long list of movie and TV titles currently being eyed as possible TV comedies: Bewitched, Hitch, The Greatest American Hero, Real Genius, The Courtship of Eddie’s Father, Problem Child, Bachelor Party, Big, Marley & Me, and Monster-in-Law. Networks seem convinced they need instantly recognizable titles to help them cut through the programming clutter, even though they know better than anyone that TV’s biggest hits have been wholly original. The problem is even worse when it comes to who works on shows: Stars still trump unknowns most of the time, and established showrunners are far more likely to get the best time slots.

With network executives so laser focused on the bottom line, it’s no wonder that network comedies are often depressingly unfunny. In contrast, Netflix has no problem attaching its fate to programming — no matter how niche — that really ups the ante in terms of creative comedy. From Unbreakable Kimmy Schmidt to the recently released Wet Hot American Summer series, Netflix, to its credit, seems honed in on quality.

Unfortunately, the same can’t be said for the bulk of the comedy programming we see from the major networks.