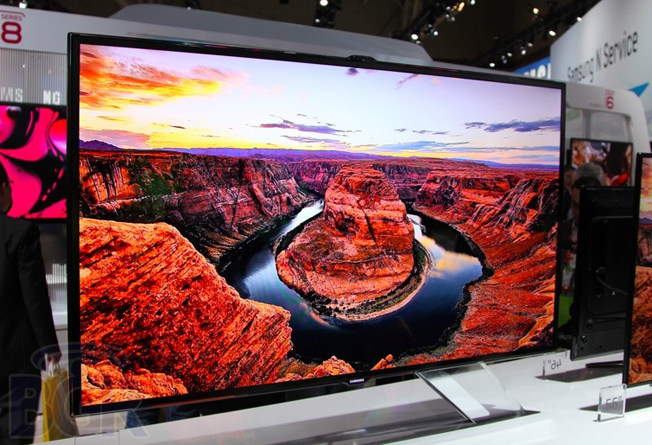 The cord cutting phenomenon seems to be extending beyond cable subscriptions. An IHS report projects that global TV shipments are expected to fall from 238.3 million units in 2012 to 226.7 million in 2013. The decline from 2011 to 2012 was 7%, and although sales were expected to pick up slightly this year, the original estimate of a 2% decrease in shipments has now ballooned to a 5% decline, making this the second consecutive year of TV sales falling significantly. LCD TVs will only see a 1% decline but the fading plasma segment of the market will drop 27%, CRTs will see a precipitous 40% dip, and rear-projection TVs will all but disappear.

“A wide range of factors are conspiring to undermine television shipments in 2013, from economic weakness and market saturation of flat-panel TVs in mature regions, to plunging CRT sales in developing countries,” explains IHS analyst Jusy Hong. “This is all adding up to a second consecutive year of decline for the television market.”

Although things look grim for the market in 2013, IHS does expect TV shipments to begin picking back up next year LCD TV demand begins to increase once again. IHS’s press release follows below.

Global shipments of televisions are set to slide to 226.7 million units in 2013, down from 238.2 million in the previous year, according to the latest Worldwide TV Tracker from IHS Inc. Every type of television will suffer a decline, including the major categories of liquid-crystal display (LCD), plasma TV, cathode-ray tube (CRT) and rear projection.

This follows a 7 percent decline in 2012, when shipments fell from 255.2 million in 2011, as presented in the attached figure from the IHS TV Systems Intelligence Service.

Shipments previously were expected to decline by 2 percent this year.

“A wide range of factors are conspiring to undermine television shipments in 2013, from economic weakness and market saturation of flat-panel TVs in mature regions, to plunging CRT sales in developing countries,” said Jusy Hong, senior analyst for consumer electronics & technology at IHS. “This is all adding up to a second consecutive year of decline for the television market.”

The moribund CRT segment will decline by 40 percent. Meanwhile, the already infinitesimally minute rear-projection TV segment will dwindle to nothing this year.

The third quarter’s not the charm

With shipments also having declined on a year-over-year basis in the first and second quarters, the third quarter decrease ensured the global TV market would drop again for the full year of 2013.

The biggest reason behind the shipment decline this year is the continuing global economic recession and maturity of the TV market in advanced regions.

The Western European and Japanese TV markets have been declining for three consecutive years since 2010. The North American market has been shrinking as well, dating back to 2011.

Meanwhile, the TV markets in Asia-Pacific, Eastern Europe, and the Middle East and Africa, which are regarded as emerging regions, have also been contracting since 2011—but for different reasons than the mature countries.

In the emerging regions, CRT TVs are disappearing from the market, causing overall shipment to decrease. Because CRT sets are the cheapest option, this disappearance is having a major impact on overall sales. Low-income consumers in these regions often cannot afford more expensive LCD TV sets.

Television vendors are increasingly reluctant to sell unprofitable, cheap sets, such as CRTs, or LCDs that use the older cold-cathode fluorescent tube (CCFL) backlighting technology. This is narrowing the choices for cheaper televisions among consumers in emerging economies. As a result, consumers in these regions are holding off on television purchases until pricing for other types of television sets decline to affordable levels.

Following the two-year decline, IHS forecasts a return to marginal growth for the worldwide television market next year.

The global television market in 2014 will grow to 229 million units, up 1 percent from this year. CRT and plasma will face another big decline in demand, but the 5 percent growth of LCD TV will compensate for the shortfall and allow the overall television market to grow.