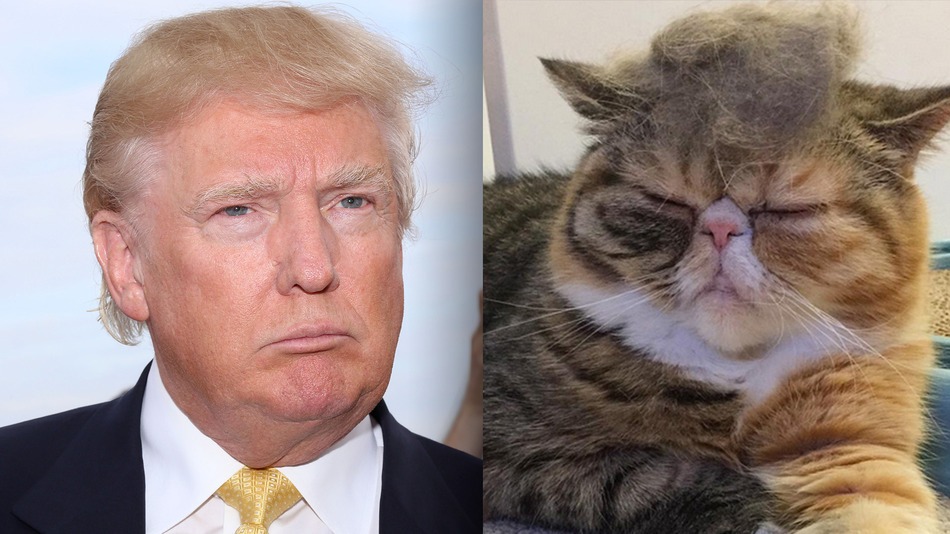 The Internet loves cat pictures and it loves making fun of Donald Trump. Now many cat owners on the web are combining these two time-honored traditions like never before with the #TrumpYourCat social media campaign that involves creating makeshift toupees out of hair they’ve brushed off their cats that then get placed on top of their heads. Below we’ve chosen some of the best pictures we’ve found of Trumped-up kitties from around the Internet, most of which have been collected by the @trumpyourcat Twitter account.

RELATED: Just When You Thought Trump’s Joke of a Presidential Campaign Couldn’t Get More Pathetic…

Drug cartels use the border like it was a vacuum cleaner, sucking drugs & death right into the U.S. @realdonaldtrump pic.twitter.com/qNE9UOyP56

I get along w/ the middle class and the poor better than I get along w/ rich people – @realdonaldtrump #TrumpYourCat pic.twitter.com/m1xGbHXztd