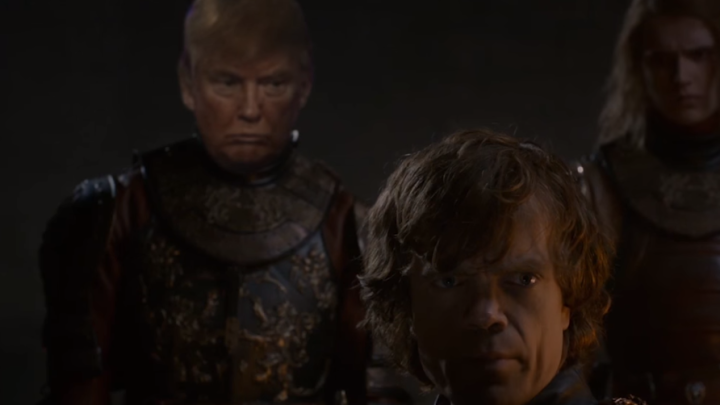 As someone who considers himself to be the smartest person in the world as well as a master deal maker, Donald Trump seems like he’d make an intriguing addition to Game of Thrones. A new video posted by YouTube user huw parkinson shows us what would happen if the doughy presidential candidate found himself in Westeros and it seems that he’d spend a lot of his time talking about building big, bee-yoo-tee-ful walls just like he does here in America.

RELATED: Trump’s feud with the pope is the greatest moment in presidential campaign history

Of course, in Westeros it makes sense to have a giant wall on the northern border since the north is home to an army of undead ice zombies. And the wall that Trump is proposing to build along the U.S.-Mexico border likely wouldn’t be as impressive as the one in Westeros unless Trump has a personal relationship with Bran the Builder.

Other fun tidbits in the video include Trump telling Tyrion that he’d bring back waterboarding and worse forms of torture to defeat Stannis’s navy; denying Daenerys entry into Qarth, which is also protected by a big, bee-yoo-tee-ful wall; and Trump throwing shade at Jon Snow as he tries to command the Night’s Watch.