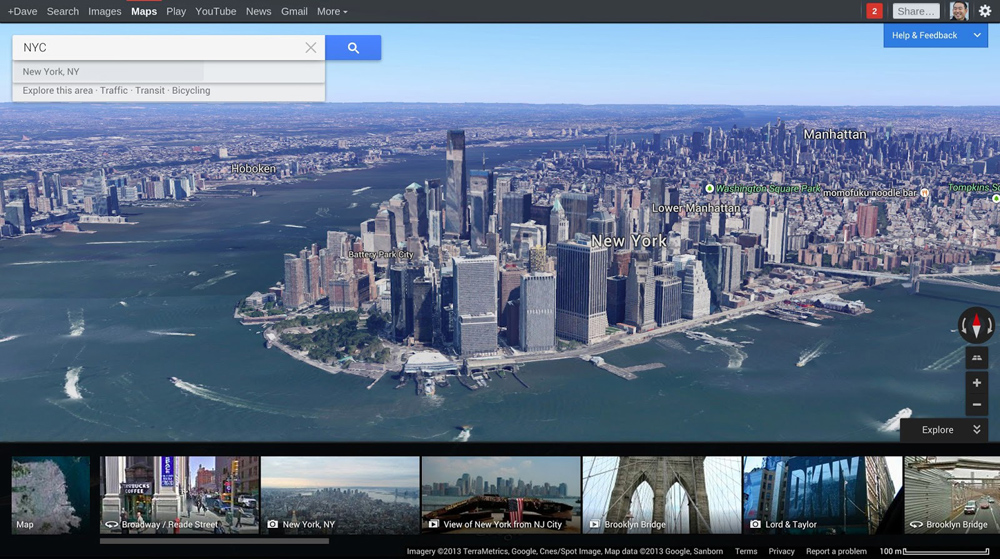 Google Maps is one of several free Google services that have changed our lives. It’s easy to take for granted since it has become such a staple, but the world was much more difficult to traverse — virtually and literally — before Google came along and mapped it out so thoroughly. Google just rolled out a big update to its desktop Google Maps website that adds a bunch of new functionality to this already-great product, but there are a few new additions in particular that you really should check out.

Map Routes By Plane Or Train: With this update, Google lets you include air travel and train travel in your routes. This way, you can map out an entire trip — even a transcontinental trip — from end to end. Google even helps you buy tickets.

Skyscrapers Are Now 3D: Some regions already had 3D architecture, but this great new feature has now spread.

Event Listings: Google Maps now includes an “upcoming events” feature that appears when you search for a venue.

Smarter Traffic: Commuters will love this new feature, which now includes traffic prediction based on historical data. This is a fantastic tool when planning your route or when trying to determine how long in advance you should leave for your destination.

Use Street View To Preview Your Route: It has never been this easy to venture out into unchartered territory. Google Maps now lets you preview entire routes with sequential Street View imagery. When you do finally head out on your journey, everything will be so familiar that it will seem like you’ve already been there.

Be sure to head over to Google Maps to check out all the new features.