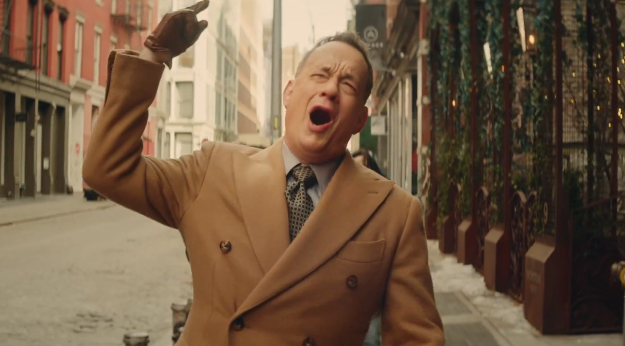 Tom Hanks needs no further introductions – he’s one of the best actors out there and I don’t think I’ve ever missed any of his movies so far. However, I did miss the video in which Hanks sings and dances along with Carly Rae Jepsen’s new song. And I’ll just say it: I didn’t know how much I needed this in my life.

Carly Rae Jepsen’s new single “I Really Like You” is already a hit, and it’s likely you’ve heard it at least once playing on TV, radio or your favorite music streaming service. Whether you like it or not, that’s beside the point, because it’s Hanks’ performance in the official music video that’s absolutely amazing.

The video featuring the unusual Jepsen-Hanks duo is already a hit on YouTube, where it has been viewed more than 17 million times since being posted in March 6th.

The two-time Oscar winner lip-syncs throughout the entire song and dances right at the end next to Jepsen – just see the entire thing in the embedded video below.