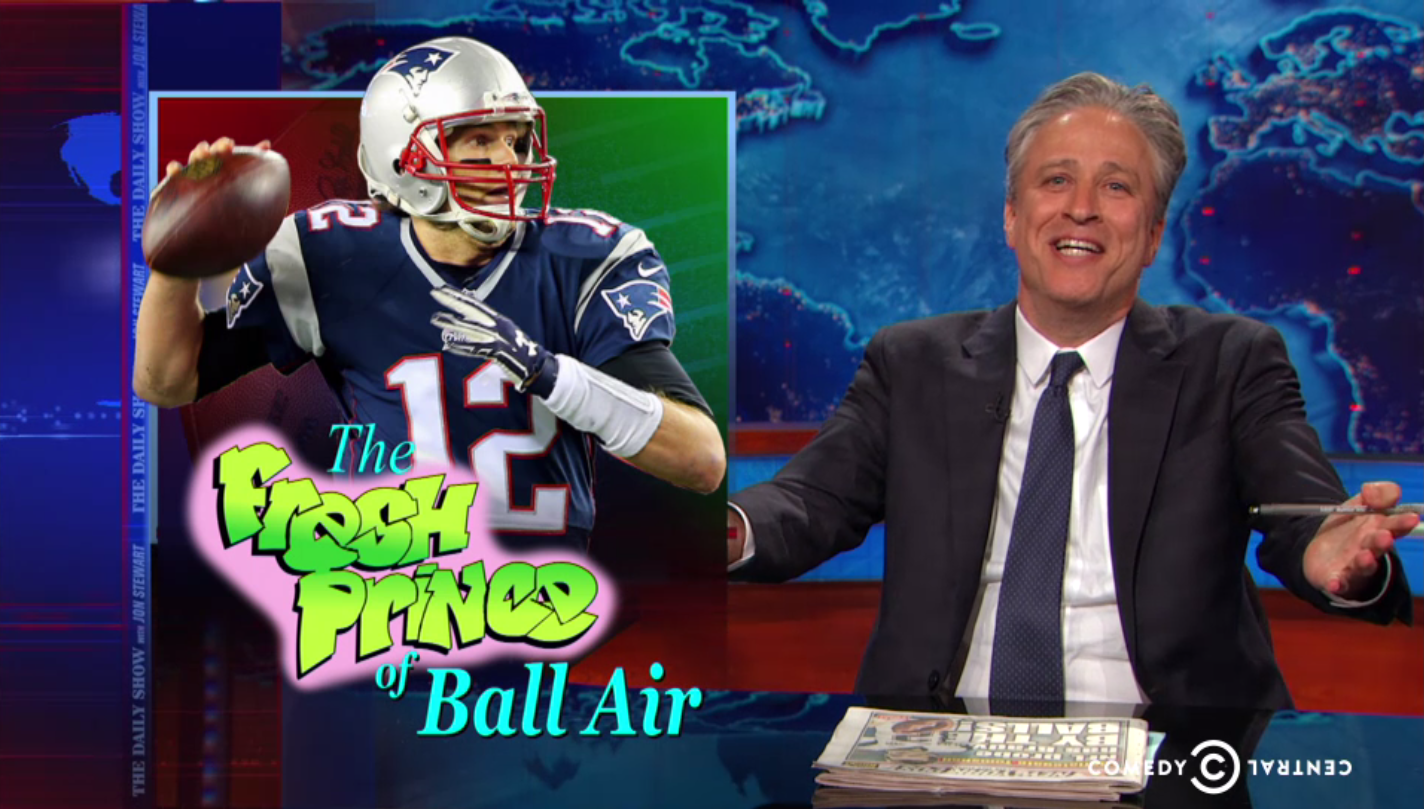 After months of deliberation, we finally know the truth — the Patriots more probably than not deflated those footballs, and Tom Brady almost definitely knew about it. It’s a shame that full-grown, well-paid adults felt the need to cheat their way through the AFC Championship Game, but that’s the world that we live in.

Thankfully, Brady and his cohorts aren’t getting out of this one without some not-so-kind words from the peanut gallery that is the media.

Last night on The Daily Show, Jon Stewart dedicated an entire segment to the “Deflategate” scandal, refusing to let Brady off the hook for letting those around him take the fall. At one point, Stewart questions whether or not any of Brady’s teammates will make a stand for him. Rob Gronkowski is that teammate, and his message is pretty much exactly what you’d expect from a man nicknamed Gronk.

But after all the goofs and the jokes, Jon Stewart had one last thing to say to the cheating quarterback:

“If you couldn’t show some integrity for yourself, or for the children who worship you, at least show some pride in your team. You’re a Patriot, Tom Brady,” Stewart said in his closing remarks. “A team named after this country’s most cherished post-9/11 legislative surveillance act.”

Watch the full diatribe below: