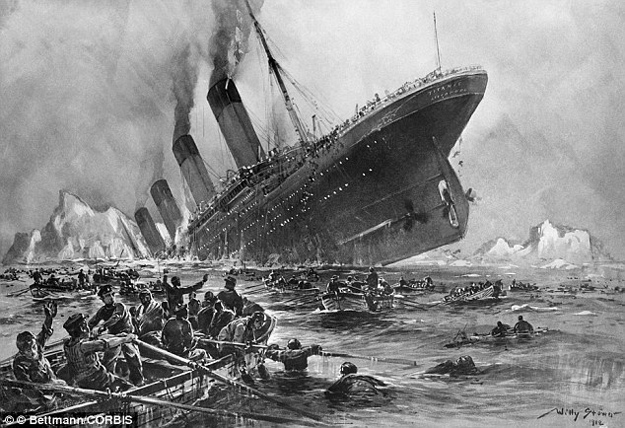 British passenger liner RMS Titanic was one of the greatest vessels the world had ever seen when it set sail in 1912, and its tragic demise on April 15th of that year was one of the deadliest maritime disasters in modern history. We all know the story well — the massive passenger ship collided with an iceberg on its maiden voyage, ultimately sinking and killing more than 1,500 of its 2,200 passengers. In a new twist that strays from our typical coverage but is too remarkable to ignore, a letter purportedly written by a maid onboard the liner gives a riveting first-hand account of the Titanic disaster.

Dated August 8th, 1955 and covered just recently by The Telegraph, the letter was reportedly written by a French woman named Rose Amelie Icard. The woman is believed to have been the maid of a wealthy American passenger, and both were aboard the Titanic as it made its first, and final voyage.

The letter was reportedly discovered last week when a man posted on Reddit looking for help translating letters that he purchased at an auction.

Icard’s letter has not yet been authenticated, but it appears to give a remarkable and detailed account of the tragedy. The maid is said to be among the survivors who managed to board a lifeboat and row away from the sinking vessel to escape.

Her account begins the night the Titanic went down, as Icard describes having been thrown from her bed by the impact of the Titanic colliding with the iceberg. She then recounts her struggles while climbing to the deck of the ship after nearly getting trapped below deck with her employer, a wealthy widow by the name of Martha Stone.

“At this moment we witnessed unforgettable scenes where horror mixed with the most sublime heroism,” Icard wrote. “Women, still in evening gowns, some just out of bed, barely clothed, disheveled, distraught, scrambled for the boats. Commander Smith yelled, ‘Women and children first.’ Firm and calm, in the throng, officers and sailors were taking the women and children by the arm and directing them towards the lifeboats.”

She went on to describe the ordeal as women and children boarded the lifeboats and their husbands stayed behind.

“Near me were two handsome elderly [people], Mr. and Mrs. Straus, proprietors of the great store Macy’s of New York,” she recounted. “She refused to go into the boat after having helped in her maid. She put her arms around the neck of her husband, telling him: ‘We have been married 50 years, we have never left each other, I want to die with you.’ Semi-conscious, in a neighboring boat was put the young wife of the millionaire J. Jacob Astor, returning from their honeymoon voyage she was 20 years old, him 50. She latches on to him, he was obliged to push her away with force.”

Icard continued, “There had been sublime gestures, a stranger undid his safety belt to give it to an old woman who couldn’t find a spot in any boat, and told her ‘You’ll pray for me.'” She went on, noting a particularly powerful scene that followed. “The billionaire Benjamin Guggenheim after having helped the rescue of women and children got dressed, a rose at his buttonhole, to die.”

More of the stories from the translated letter can be found on The Telegraph or in the original Reddit thread. Both are linked below in our source section.