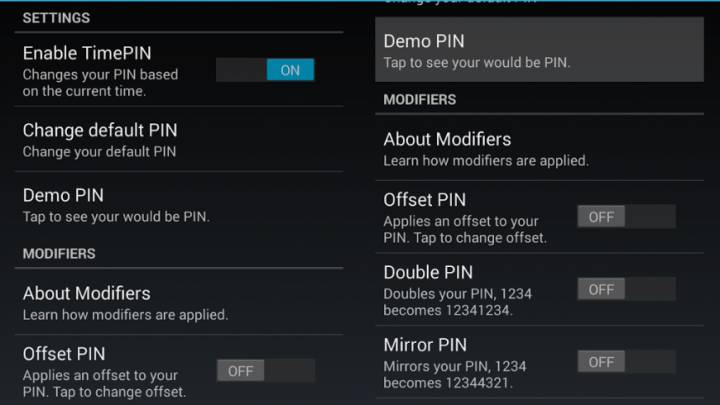 TimePIN is a new Android app that aims to improve the security of your Android device by changing its lockscreen PIN code every minute. The user will not even have to remember the code, as TimePIN simply assigns the current time as the PIN number. As long as other users don’t know the smartphone is protected by TimePIN, this security measure will almost certainly block any attempts of accessing the content on the device.

However, even if a person with malicious intent is aware that the device is protected by TimePIN, accessing its contents isn’t necessarily easy, as there are more features in place to make it difficult for the attacker to guess the code.

In case the device owner will get locked out of the device for any reason, rebooting the handset will disable the app, returning the lockscreen PIN to the default used on the handset. Assuming the attacker knows the original security code, this may be a way to bypass TimePIN.

The app is available as a free download and works on devices running Android 4.0.3 or later, although the free version only includes the reverse mode. Everything else is activated with a one-time $1.99 in-app purchase. A future version of the app will bring additional modifiers, support for encrypted devices, alphanumerical passwords and pattern passwords.

A version of TimePIN is already available on iOS devices – called Timepasscode – but requires users to jailbreak their iPhones before using the app.

A video demo of TimePIN follows below.