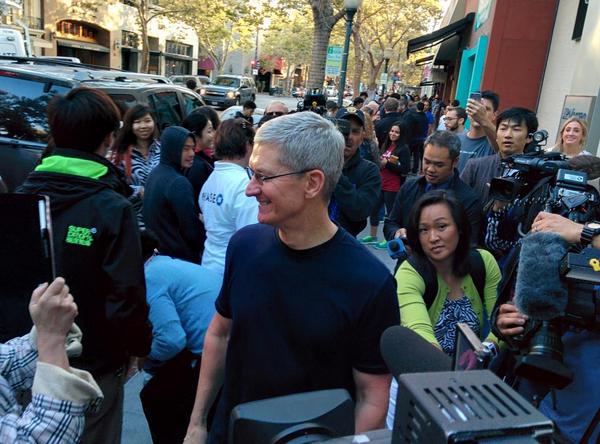 Apple CEO Tim Cook dropped an unexpected surprise on Thursday morning when he decided to finally come out as gay. Even though Cook’s sexuality has long been a topic of speculation, the Apple boss put all doubts to rest in a heartfelt essay in Bloomberg Businessweek where he talked about his experiences as a gay man and how they’ve shaped what he sees as his role as CEO of Apple.

Bloomberg TV has just posted an interview with Bloomberg Businessweek editor Josh Tyrangiel, who worked with Cook on crafting his essay for the publication. In the interview, Tyrangiel reveals that coming out publicly was something Cook has been thinking about for a long time, although he’s been reluctant to pull the trigger because he’s naturally a very private person.

“He’s been very private and has always felt that his job is to guide Apple,” Tyrangiel explains. “At the same time, the way he told it to me is he walks into his office every day and there are two photos. One is of Martin Luther King; one is of Robert F. Kennedy… Martin Luther King’s quote sticks with him, which is ‘life’s most persistent and urgent question is what are you doing for others.’ Over the years it has knotted him that is in a position of power and responsibility, a position of influencing people. He has had these conflicting values of privacy and wanting to lead and he ultimately decided it is more important for him to step out.”

Check out Bloomberg TV’s full interview with Tyrangiel in the video below.