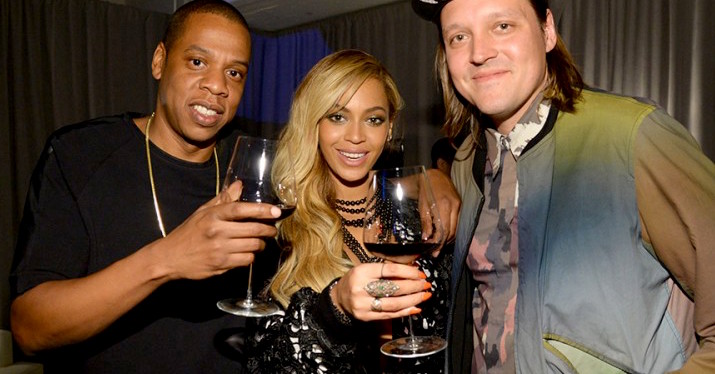 There’s a strange war brewing between Apple and Tidal, the Jay-Z run music streaming site which, as we covered in great detail before, was quickly ushered out of the U.S. iPhone top 20 download chart before plummeting out of the top 700. Put simply, the Tidal launch was nothing short of a spectacular failure.

Now comes a report via the NY Post alleging that Apple may have taken deliberate steps to cripple the Tidal launch in order to weaken the competitive landscape ahead of Apple’s soon-to-be-unveiled Beats Music service. The allegation, naturally, stems from an anonymous source from within the music industry.

According to the source, Apple purposefully took a longer time than usual to approve updates to Tidal’s iOS app. So while Tidal’s Android app was updated on April 15, the company’s revamped iOS app “still hasn’t received approval for Apple’s iOS app store.”

Indeed, looking at Tidal’s app page on iTunes indicates that the app hasn’t been updated since originally launching on March 29.

While this might sound outlandishly conspiratorial, this wouldn’t be the first time Apple has leveraged its control over the App Store to stick it to a competitor. Back in 2009, Apple kept the Google Voice app in app acceptance/rejection purgatory for over 16 months. In fact, Apple’s decision to keep the Google Voice app in limbo even prompted an FCC investigation into the matter. While this certainly doesn’t prove that Apple is deliberately opting to delay any forthcoming Tidal app updates, it shouldn’t necessarily be dismissed out of hand.

All in all, it’s hard to imagine that an updated Tidal app would have done anything to increase app downloads to begin with.

The NY Post article also relays that Apple may be punishing artists who choose to release exclusives on Tidal, an interesting allegation given Apple’s penchant for releasing artist exclusives on iTunes.

Robert Kondrk, vice president of iTunes Content, has also declared war on artists who sign up with Tidal. A source told us, “Robert told execs at Universal Music Group that Rihanna and other Tidal artists’ music would not be promoted as featured artists on iTunes if they put exclusive music out on Tidal.”

This allegation, truth be told, is not that outlandish given Apple’s history of rewarding exceedingly Apple-friendly apps and services. For instance, Apple has a not-so-coincidental habit of highlighting iPhone apps that just so happen to be iOS only. And besides, given the prime piece of real estate that is iTunes, it’s perfectly understandable that Apple would decide not to active promote or feature an artist who is in bed with the enemy, so to speak.

Does this all sound petty? Sure, but let’s be honest here: there’s a fine line between being petty and being uber competitive. As another representative example of Apple’s extremely competitive streak, recall that PayPal was abruptly phased out of Apple’s TouchID launch once Apple executives discovered that PayPal forged another partnership with Samsung. Suffice it to say, Apple isn’t prone to share.

Now, for the sake of conversation, if we assume that all of the aforementioned allegations are in fact true, does it follow that Tidal is a tremendous flop because of these actions?

I’d venture to say no.

The list of reasons why Tidal has failed to make any sort of imprint on the minds of consumers is long. Right off the bat, the service is more than double the price of similarly priced competitors. Additionally, Tidal’s message of “we pay everyone involved in the music creation process more” just didn’t jibe well with the company’s decision to put extremely well-known and already wealthy artists out in front as the face of the service. As our own Treo Kuittinen wrote just last week, “the result was the ultimate mixed message: You should feel sorry about how little money Nicki makes.”

Not exactly an enticing sales proposition for a more expensive service.

The reality is this: Tidal’s failure stems from the fact that Jay-Z and co. seemingly didn’t appreciate how saturated the music streaming business already is.  From Spotify to Pandora, there are already number of existing avenues for consumers to listen to music either for free or on the cheap. What’s more, both Spotify and Pandora are beloved by their respective user bases. Throw in a more expensive price point and, if anything, it’s a surprise that Tidal even cracked the top 20 iPhone app download chart to begin with.

Did Apple sabotage Tidal? I think a more accurate assessment would be that Tidal sabotaged itself.