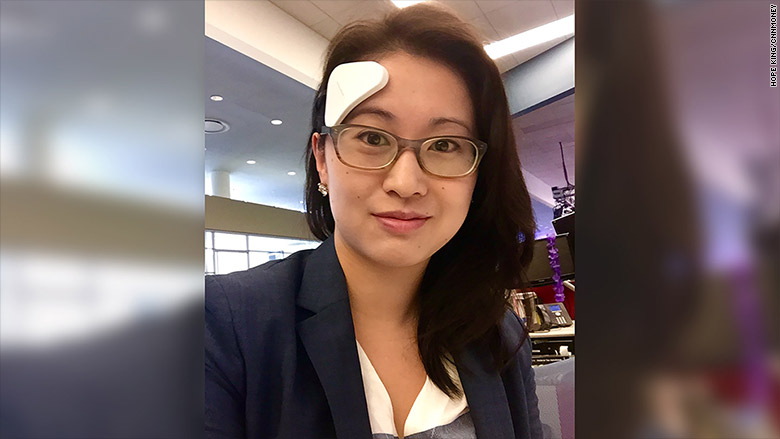 I know what you’re thinking, electroshock therapy is something you’ve heard about in scary stories about mental patients, and you’re not one of them. But Thync doesn’t do that, or not exactly – apparently, zapping current into your brain with this gadget should make you feel calmer and more energetic.

A team of neuroscience and biomedical engineering experts built Thync, a tiny device that sticks to your forehead to deliver low-power current to your brain. According to CNNMoney, you only have to apply the treatment for about five minutes, and you should feel a lot better.

Unsurprisingly, there’s an iPhone app to go along with the device. The app lets you “feel however you want,” according to co-founder Isy Goldwasser.

Thync passes different levels of electrical current through the nerves of the brain, which can change the brain’s chemical activity. The creators of the device say that it can create various biological responses, including increasing relaxation or improving alertness.

Even though the instrument emits low-level current, which is only 20% of what over-the-counter muscle stimulation kits can offer, mounting the Thync the wrong way will hurt once pulses are turned on.

However, the strange contraption appears to be working, CNNMoney reporter Hope King said. “Within a few minutes, I felt my speech slow and drop in volume. I felt serene and at ease for about an hour,” she wrote.

One side-effect is that she still felt a tingling sensation on the side of the brain that received the current, a sensation that dissipated only after she went to bed.

The Thync costs $299, plus an additional $4 for each mood strip you want to purchase – a longer band gives you a sense of ease while a shorter one gives out an energy boost.